Barron Trump Turned 16 – And You’ll Never Guess How Tall He Is Now! 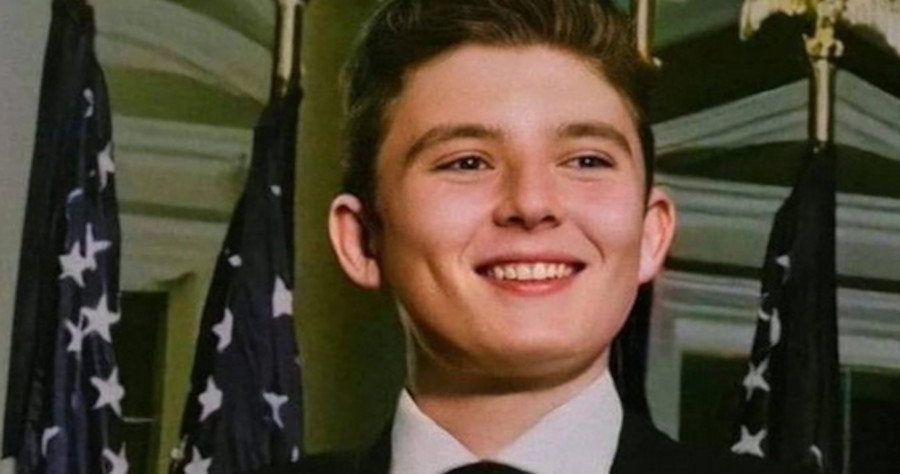 The only son of former president Donald Trump and former first lady Melania celebrated his 16th birthday on March 20th. Barron Trump, who like most first children was mostly kept from the public spotlight, has been something of a shock to those who see him in recent photos.

Last summer, it was widely shared that the youngest Trump had ballooned to six-foot-seven. According to some outlets, the average height of a fifteen–year-old male is five-foot-six. Amazingly, at just 16, that means Barron has years of possible growth still. Could he reach seven feet?

Most of the Twitter comments were pleasant, which was a rare surprise from the famously intolerant, cesspool-like environment. One only need read comments on the news of Justice Clarence Thomas’s recent bout with illness to see that much of the political left actively roots for bad things to happen to good people.

Although 2022 updates are limited, national research suggests that most boys continue growing through their sixteenth birthday, and that many can still add an inch or two to their height throughout the rest of their teen years. Dennis Rodman famously grew ten inches at the age of nineteen. Given that Barron’s father and mother are both taller than average, six-foot-three and five-foot-eleven, respectively, it makes sense he is tall and given his age it would likewise make sense that he keeps growing.

Interestingly, the overall height of the Trump men goes unreported. As was mentioned, the former president himself is a 6’3’’ – which was certainly taller than I had ever given him credit for. Add to that his wide frame and larger-than-life personality he can easily cut an intimidating figure.

Then there is half-sibling Eric Trump, who is himself 6’6’’, and was the tallest member of the Trump family until the younger Barron out-grew him. Donald Trump Jr. and Ivanka Trump are both around 6’0’’.

Apparently whatever is in the water at Trump Tower is good for growing. Perhaps, like some animals, he simply grew into the available space. Wikipedia noted the following:

“He is being raised at Trump Tower, and since his birth, he has had an entire floor of the family’s Trump Tower penthouse apartment to himself, which his mother refers to as “Barron’s living room. The floor, with an estimated $100 million value, features white Carrara marble columns and a white marble fireplace. Among his toys is a mini Mercedes-Benz with a customized license plate.”

Barron has long been a taller-than-average figure. As reported by Town & Country, even at a super young age he was already towering above most of his siblings and parents.

“In 2018, the Trumps spent the Thanksgiving weekend in Florida at Mar-a-Lago. When 12-year-old Barron got off the plane with his parents, it was one of the first times he appeared to be as tall as his father.”

And for a piece of fun presidential trivia, the article also provided this factoid:

“Barron is the first boy to have lived in the White House since JFK Jr. The three presidents prior to Trump—Obama, Bush, and Clinton—were fathers only to girls. While other presidents since JFK’s time have had sons, they’ve all been adults who lived outside of the White House.”