Bartiromo questions whether ‘hysteria’ over Ukraine a ‘ruse’ to distract from ‘what Hillary Clinton did?’ [VIDEO] 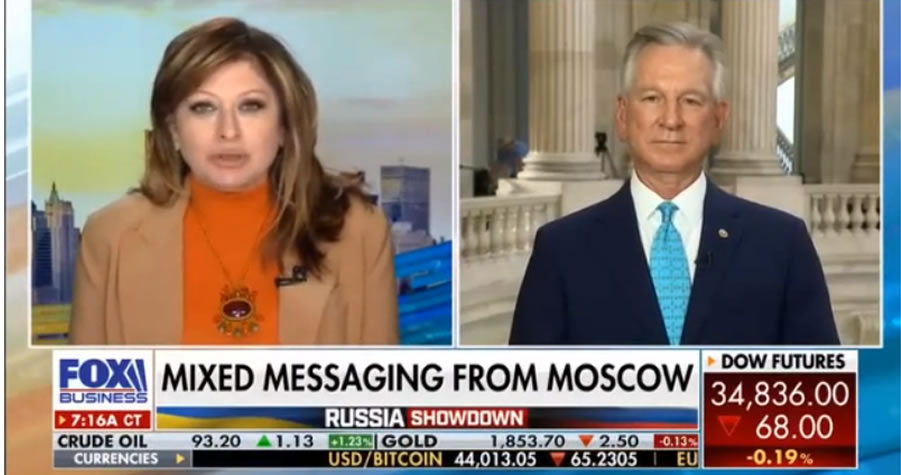 Fox News host Maria Bartiromo suggested the Biden administration may have perpetrated a “ruse” through “hysteria” over Ukraine to take attention away from Hillary Clinton.

Bartiromo invited Sen. Tommy Tuberville (R-AL) on “Mornings with Maria” to discuss whether the unsubstantiated claims from President Biden and his surrogates about the imminent danger of a Russian invasion of Ukraine were fabricated.

“Was this a ruse? Was this whole thing an effort to take attention away from what Hillary Clinton did and what we know to be a complete hoax over this Russia investigation?” Bartiromo began her question, before implicating Biden’s National Security Advisor Jake Sullivan.

“What are your thoughts? Because I know Jake Sullivan worked for Hillary Clinton,” Bartiromo said to Tuberville, “and he was one of the people who was peddling this Russia collusion lie for four years. And there he is now as NSA coming up with this hysteria over Russia.”