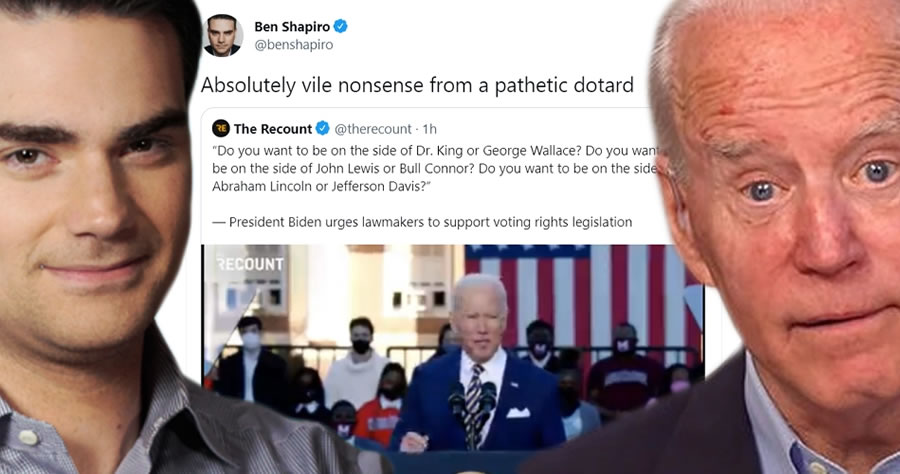 Democrats are primarily concerned with guaranteeing the best possible outcome for the 2022 midterm election landscape.
On Biden’s part, he continued with the same “Jim Crow 2.0” claim about the state’s voting regulations, which he first brought out in April 2021.

But Ben Shapiro of The Daily Wire is not humoring Biden’s rhetoric.

Even Bloomberg’s White House correspondent, Justin Sink, took Biden’s claim seriously when he almost claimed to the crowd he was arrested during a civil rights demonstration, which was a persistent issue that previously came up against the president in the 2020 campaign season.