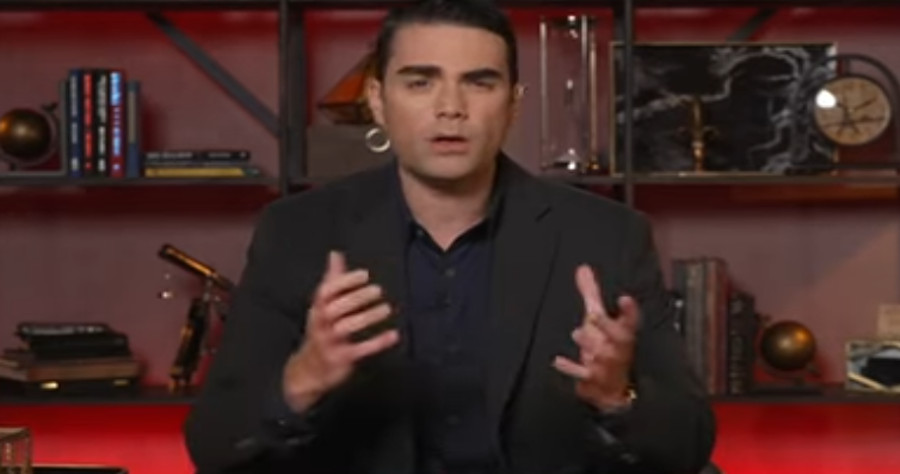 Shapiro delivered his response, titled “The Real State of the Union,” on Tuesday night after Biden finished up his remarks before a joint session of Congress. Shapiro’s address aired live on DailyWire.com and on YouTube.

In his response, Shapiro hit Biden and dissected each “lie” the president told about his record while describing the real state of the union as “pathetic.”

“On issue after issue, Joe Biden is not merely wrong, he is aggressively wrong; he is not merely foolish, he is stubbornly foolish. Joe Biden became president with one goal: to enshrine himself in history as a great leader. Today, we can safely say that he is one of the worst leaders in American history,” Shapiro said.

The Daily Wire co-founder said Biden’s foreign policy has made the U.S. a “laughingstock” on the world stage while empowering enemies such as Russia and China through poor domestic energy decisions, along with the projection of weakness most starkly seen in the U.S. military’s fatal pullout of Afghanistan.

Biden’s decisions have likely set up more international trouble in Asia, according to Shapiro. “All of which paves the way for a Chinese attack on Taiwan, and more aggressive Chinese moves in the South China Sea,” Shapiro said.

For example, Joe Biden told you tonight that his plan to fight inflation will “lower your costs and lower the deficit.” He said he would lower inflation by pouring more cash into the economy – on top of the trillions he has already spent, while we are $30 trillion in debt. That is an insane lie. Build Back Better would, according to the Congressional Budget Office, increase the federal budget deficit by $3 trillion over the next 10 years if all Biden’s proposed temporary programs became permanent, which is what he wants.  And pouring the gasoline of government spending onto the raging fire of inflation is a perfect way to increase costs. Only a fool would propose it. Maybe that’s why Joe Biden was telling you until the last five minutes that inflation would be temporary.

And Joe Biden told you that his American Rescue Plan – his massive boondoggle stimulus plan – “created jobs. Lots of jobs.” He said he created 6.5 million jobs. That is another lie. There is no evidence Biden’s spending produced one job. Nonpartisan projections for job growth in 2021, not including that American Rescue Plan, showed higher job growth than Biden produced.

Joe Biden said “we prepared extensively” for the Russian invasion of Ukraine. That was untrue. We were manifestly unprepared. We reacted, as the rest of the world did and should have. But had Joe Biden been prepared, perhaps he could have helped deter Russia’s invasion rather than encouraging Vladimir Putin’s miscalculation.

Joe Biden also told you tonight that “corporations and the wealthiest Americans” aren’t paying their fair share of taxes. That, again, is a lie. The highest-income Americans pay nearly all net income taxes, after government benefits, in the United States. Joe Biden said that inflation could be blamed on “exploitation” by corporations – another lie. Inflation is a monetary phenomenon. Corporations didn’t get more greedy last year. Joe Biden just became president.

And Joe Biden said that “we will never just accept living with COVID-19.” Another lie. Most Americans have been living free since vaccines became available. Only Democratic panic-mongering has prevented more Americans from doing the same, not COVID itself.

Joe Biden said tonight that the right to vote is under assault: another lie. Widespread voter suppression is not an issue in the United States. Joe Biden simply means he wants to rig the voting rules the way he prefers.