Bernie Sanders: Republicans are ‘laughing all the way to Election Day’ [VIDEO] 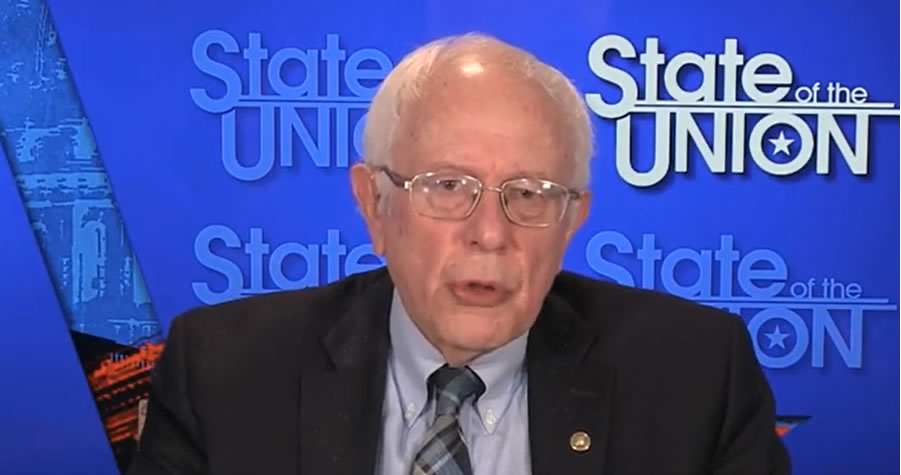 Sen. Bernie Sanders (I-Vt.) on Sunday said Senate Republicans are “laughing all the way to Election Day” because “they have not had to cast one bloody vote” on the Democrats’ roughly $1.2 trillion social spending and climate package, which is stalled in the upper chamber.

“What has bothered me very much is the Republicans are laughing all the way to Election Day. They have not had to cast one bloody vote … which shows us where they’re at. And we have got to change that,” Sanders told co-anchor Dana Bash on CNN’s “State of the Union.”

The House-passed spending package has languished in the Senate because of opposition from Republicans and centrist Sens. Joe Manchin (D-W.Va.) and Kyrsten Sinema (D-Ariz.). Manchin and Sinema refused to get behind the legislation despite weeks of negotiations between the White House and Capitol Hill lawmakers.

The Vermont Independent on Sunday urged the Senate to put individual policy initiatives from the social spending and climate package on the floor for votes, a move that would compel members to take a stance on the proposals.

He said Democrats can then cobble together a package with the proposals that appear to have enough support to pass.

Sanders emphasized that many of the initiatives in the larger bill have widespread support among Americans before saying that the Senate has allowed to GOP to “get away with murder” by not bringing legislation to the floor unless it has the votes to pass.

“I think when you bring bills on the floor — we have allowed the Republicans to get away with murder. They haven’t had to vote on anything. Now, if they want to vote against lowering the cost of prescription drugs, expanding Medicaid, dealing with child care, dealing with housing, let them vote, and let Manchin and Sinema decide which side they are on,” Sanders said.

“And when all of that shakes out, we’ll see where we are. I have the feeling that we will be able to get 50 votes or more on some of these issues. We could put that piece together and then pass something that’s very significant,” he added.