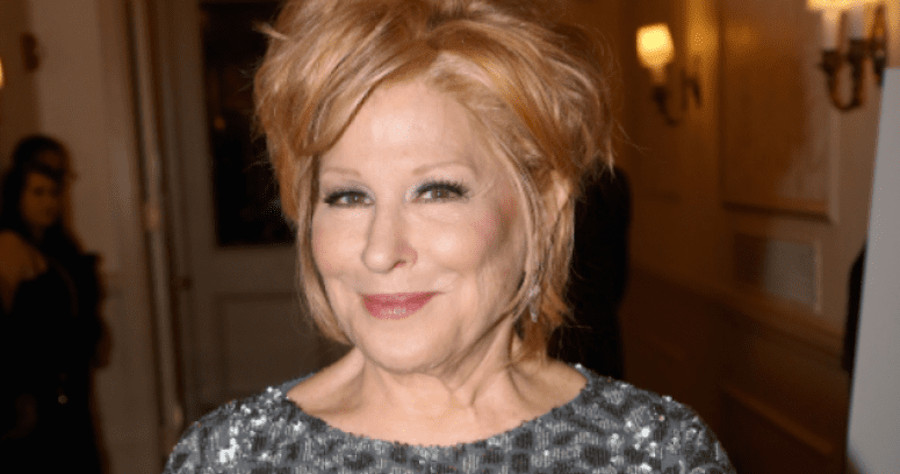 The American actress Bette Midler is known for her outspoken views on politics, so of course she didn’t hold back when discussing Planned Parenthood recently.

The left-wing actress, comedian, singer, songwriter, and author took to Twitter to defend the pro-choice organization, saying that aren’t “killing children,” but the NRA is.

Midler’s comments were met with immediate backlash as expected. With many Twitter users pointing out the clear fact that Planned Parenthood performs abortions.

“Funny, I haven’t killed anyone, and I’m a lifelong NRA member. I also don’t know anyone who owns a firearm that has killed a child with said firearm. However, I can name several acquaintances who have had abortions — some multiple abortions.”

So the big question for Midler is this: Does she realize that, for starters, the NRA only supports 2nd amendment rights and provides firearm education. If anything they’re actually saving lives through their work.

Furthermore, the NRA does not sell firearms or ammunition, so even by her clearly misinformed logic, she’s wrong in her thinking. Not to mention Planned parenthood performs over 300 thousand abortions every year.

Regardless, none of these outrage fueled comments should come as a surprise coming from Midler. As she has quite a long history of debatable “mouthy” opinions. Here’s what the left-wing activist had to say after the Roe v. Wade draft leak:

“These ‘Justices’ want to condemn thousands of unwanted kids to lives of untold heartbreak, misery & neglect. They presume ‘safe haven’ kids get adopted. Well, they don’t. Do your homework, you fools. They’re stuck in limbo until they age out, with no families no skills no hope.”

So in other words, according to Midler, death is preferable to a relatively poor childhood. Do these comments sound familiar? They’re parroted by left-wing talking heads daily.

WOW: @SecYellen weighs in on abortion debate — with an economic angle:

“Eliminating the right of women to make decisions about when and whether to have children would have very damaging effects on the economy and would set women back decades.”

In December 2021, Midler claimed that West Virginians are “poor, illiterate and strung out.” She has also been on record calling for Texan women to “sex strike” against their new abortion laws.

And for someone that claims to hate discrimination, she sure is selective in her thinking, once comparing unvaccinated kids attending school to bringing peanut butter sandwiches despite sharing a classroom with children that have peanut allergies: “If my kid can’t bring peanut butter to school then yours can’t bring the deathly plague. Vaccinate or I’m bringing the Jiffy.”

It’s safe to say Midler should stick to acting. Or better yet, come up with better arguments to back her routinely outlandish claims on abortion, murder, and her leftist view on gun rights in this country.