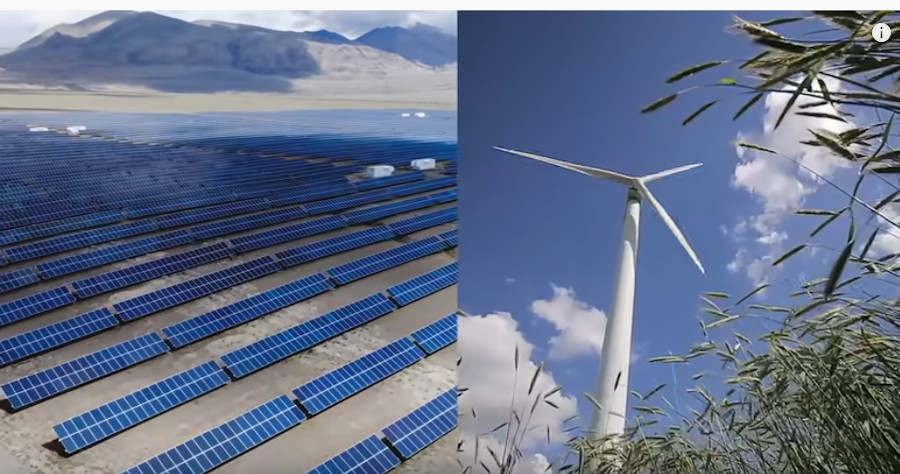 The untold story about “green energy” is that it can’t possibly be scaled up to provide anywhere near the energy to replace fossil fuels. (Unless we are headed back to the stone ages, which is what some of the “de-growth” advocates favor).

Right now, the United States gets about 70% of its energy from fossil fuels. To go to zero over the next 20 years would be economically catastrophic and cost tens of millions of jobs. With gas prices at nearly double their price back from when Donald Trump left office and inflation up from 1.5% to 8% in just 15 months, we are already experiencing the economic damage from the green energy crusaders.

But we also have to ask whether green energy is even good for the environment. Some environmentalists are pointing to a little-noticed study by the World Bank showing that moving toward 100% solar, wind, and electric battery energy would be just as destructive to the planet as fossil fuels. This was precisely the conclusion of a story in Foreign Policy magazine, hardly a right-wing publication.

According to the Foreign Policy analysis, moving to a “carbon-free” energy future “requires massive amounts of energy, not to mention the extraction of minerals and metals at great environmental and social costs.”

Here are some of the numbers. Going all-in on batteries, solar, and wind would require:

Those tens of millions of windmills, solar panels, and electric batteries for cars and trucks aren’t exactly biodegradable. So, we will have the most prominent energy graveyard with toxic pollutants that will be 100 times larger than any nuclear waste storage. And yet, the Left is worried about plastic straws!

I’m all for mining for America’s bountiful natural resources of copper, lead, magnesium, and precious metals. But ironically, it’s the greens that want to shut down mines, which is like saying you want food, but you oppose farming. Talk about cognitive dissonance.

Then, the land space is needed for the windmills and solar panels. Bloomberg reports that getting to zero carbon by 2050 would require a land area equal to five South Dakotas “to develop enough clean power to run all the electric vehicles, factories, and more.”

In other words, the liberals are calling for a full-scale industrialization of America’s wilderness and landscape.

Now, even many of the most liberal areas of the country are shouting “no” to green energy in their own backyard. Vermonters are rebelling against unsightly solar panels spoiling their views. According to the Bennington Banner, “Vermont’s utility regulator has rejected permits for two 2 MW solar farms proposed in Bennington, pointing to aesthetic concerns and current land conservation measures in the town plan.”

Meanwhile, a town in Wisconsin is suing state regulators to “stop construction” of what would be “the state’s largest solar project,” according to the Wisconsin Journal.

Even blue Massachusetts residents are fighting green energy projects. Off-shore wind farms are delayed off the coast of Cape Cod, where per capita income is nearly the highest in the country, because they don’t want their ocean views spoiled from their beachfront villas.

In other words, real nature lovers are finally starting to awaken to the reality that wind and solar aren’t so green after all. A nuclear plant takes up at most 1 square mile of land. Wind and solar farms require hundreds of thousands of acres. So, to provide enough electric power to keep Manhattan lit up at night would require paving over nearly the whole state of Connecticut with windmills and solar farms.

The public is starting to ask: How is any of this green? The Green New Deal strategy makes especially no sense given that by increasing our use of clean-burning and reliable natural gas, we are reducing energy prices AND cutting carbon emissions. Add nuclear power to the mix, and we wouldn’t need to start building wind and solar farms in our forests, deserts, and national parks.