Biden Admin To Spend $200 Million To Protect Ukraine Border: Ignores Its Own 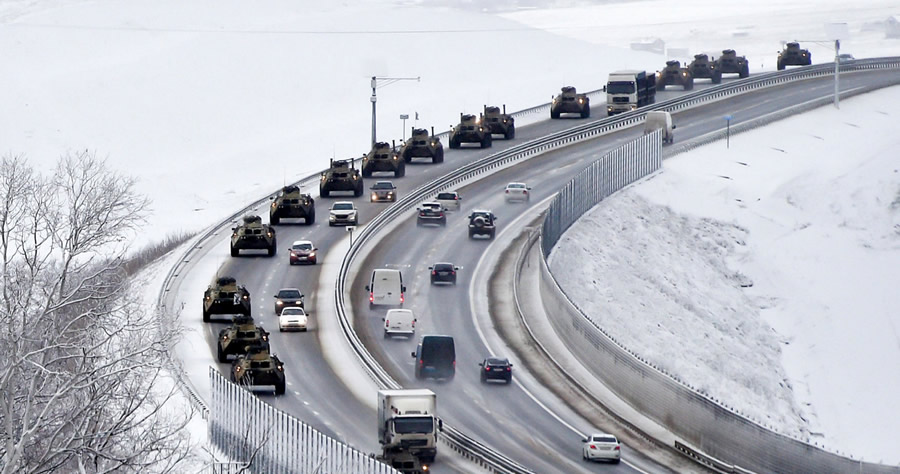 The U.S. Embassy in Kyiv, Ukraine, announced on Saturday that part of a $200 million “security assistance” package for Ukraine’s military had arrived in the country early that morning.

“The donation, which includes close to 200,000 pounds of lethal security assistance, including ammunition for the front line defenders of Ukraine, demonstrates the United States’ strong commitment to Ukraine’s sovereign right to self-defense,” the U.S. embassy said in a post on Facebook.

The embassy noted that more than $650 million of security assistance had been committed to Ukraine by the United States in the last year, and more than $2.7 billion since 2014.

“The United States will continue providing such assistance to support Ukraine’s Armed Forces in their ongoing effort to defend Ukraine’s sovereignty and territorial integrity against Russian aggression. As President Biden told President Putin, should Russia further invade Ukraine, the United States will provide additional defensive material to Ukraine above and beyond that already provided,” the embassy added.

The announcement comes amid Russian military buildup at the border of Ukraine. Russia has amassed more than 127,000 troops in the region, according to a Ukrainian Defense Ministry intelligence assessment that was shared with CNN earlier this week.

Russia has demanded that Ukraine not be able to join NATO, a demand that the alliance has rebuffed. The Kremlin in response has bulked up its military presence in the region, citing unspecified security concerns.