Biden Administration’s Plan to Fight Inflation: ‘We Are Going to Take Action. We’re Going to Prioritize…’ 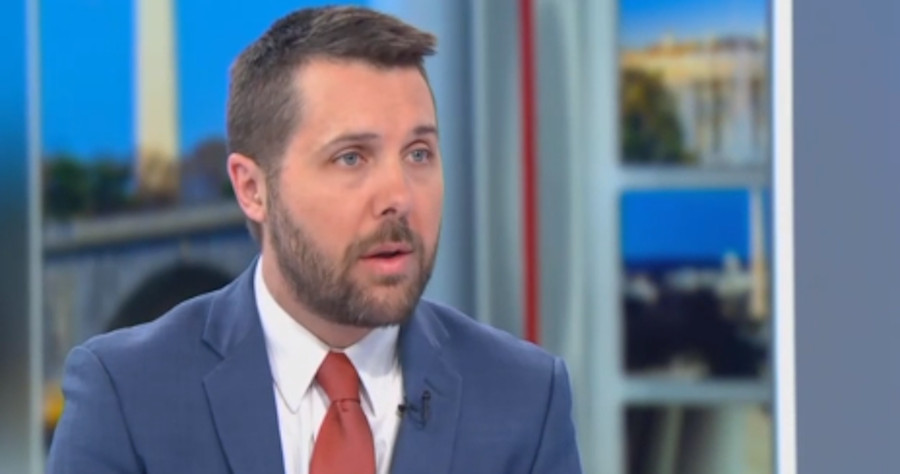 Deese appeared on several Sunday talk shows, including CBS’s “Face the Nation” with Margaret Brennan, who actually challenged some of his explanations.

“What do you say to Americans who are thinking that they might need a second job to pay their bills?” Brennan asked Deese, the director of the National Economic Council.

“Well, it is an uncertain moment,” Deese conceded, blaming U.S. inflation on “the pandemic and Putin.”

Deese said lowering prescription drug prices is only “one piece” of the plan:

“Lowering utility costs by providing tax incentives for energy is another piece, but, equally important, lowering the federal deficit by enacting long-overdue tax reform. If we can do a package like that, and we can move forward in the near future, it will not only help in lowering prices, but it will send a signal to the markets and the global economy that the United States is really deadly serious about taking on this inflation.”

Lowering prescription drug prices and taxing the rich (what Deese called “tax reform”) were both elements of Joe Biden’s “Build Back Better” plan, which failed to pass the Senate because of opposition from Democrat Joe Manchin, who said the “mammoth piece of legislation” would add to the debt and stoke inflation.

In an interview with the Associated Press last Friday, President Biden admitted that he’s “one vote short” on Build Back Better, but “I’m going to be able to get, God willing, the ability to pay for prescription drugs.

“There’s more than one way to bring down the cost for working folks. Gasoline may be up to $5 a gallon, but somebody who has a child with stage two diabetes is paying up to a thousand bucks a month for the insulin. We can reduce it to 35 bucks a month and get it done. We have the votes to do it. We’re gonna get that done,” Biden insisted.

“And do I have the votes?” Biden asked.

“I believe I have the votes to do a number of things. One, prescription drugs. Reduce utility bills by providing for, uh, I think, we’ll be able to get the ability to have a tax incentive for winterization, which would, they estimate, bring down the average bill for the family, normal home, 500 bucks a year.

“I think we would be able, we’re gonna get another $57 billion for semiconductors, so we don’t have the supply chain problem we had before, keeping down the cost of vehicles. I think we’re going to be in a situation where, we’re gonna — I know we are — where we’re going to reduce a person’s average internet bill by 30 bucks a month, because we have the money through the, through the uh, uh, infrastructure bill to provide internet across country.

But as Brennan told Deese, “Hiking taxes isn’t going to change the price of milk. When and how are you actually putting forward this package?”

“The package has been debated. It’s been worked through,” Deese said.

Brennan noted that the package — Build Back Better — failed: “So, if inflation is the number one priority right now, when are you scheduling a vote to do the things you just laid out?” she asked Deese:

“We’re working very closely with congressional leadership, with Senate leadership on that,” Deese said. “Senator Schumer is working with his caucus to try to get a final package in place. And we’re hopeful that we’ll see progress on that in the coming weeks.”

“So, in the coming weeks,” Brennan repeated. “You think you can get this done on a party-line vote before September?”

“We’re hopeful we can move forward on that and other priorities in Congress as well,” Deese said, mentioning a bill that would boost domestic manufacture of semiconductors.

“Despite all of what you laid out — and I know the president said recession is not inevitable — it seems increasingly probable,” Brennan told Deese. “So, what power does the president have to stop that kind of contraction?” she asked.

“Well, I think what — where we are in the economy right now is in a transition,” Deese said, repeating the “transition” line that Biden also has used.

“And I spoke to CEOs this — over the course of the past week from sectors across the economy, and they’re figuring out how to navigate this transition. Some of this is exactly what we need to see,” Deese said.

“Well, they’re planning around transitions in our economy,” Deese said. “People are buying less goods, spending time at home. They’re spending more on services. That creates some real challenges for some companies and some CEOs.

“What I would say is that not only is the recession not inevitable, but I think that a lot of people are underestimating those strengths and the resilience of the American economy,” Deese said.

“Look, we face unprecedented global circumstances, a global pandemic and a war in Europe that is affecting the global economy. But, at the same time, we have a strategy that will make a difference.

Deese said the administration is “hopeful” they can “get something done.”

“We win credibility by taking action,” he said. “This president is acting. This president galvanized the global community to do a historic release of oil from the Strategic Petroleum Reserve, a million barrels a day. Leading oil market analysts this week said that action was single-handedly responsible for keeping oil prices from going up even further.

Deese said the same thing, pretty much word for word, in an interview with “Fox News Sunday,” where he was also challenged on the plan to ease inflation.