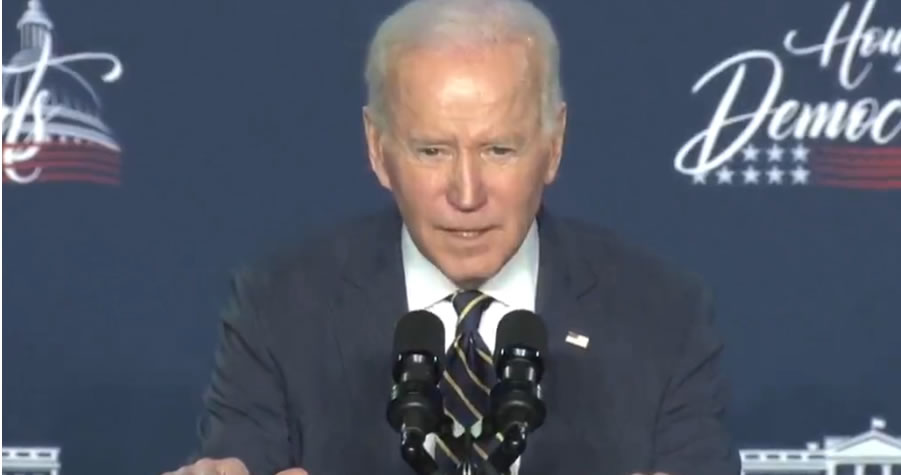 President Biden said Russia’s stock market will “blow up” while speaking to House Democrats in Philadelphia Friday.
Clutching the podium in an angry whisper, Biden said the Moscow Exchange “will be disbanded” and “blow up.”

Biden announced the U.S. and its allies will move to revoke special trade status for Russia amid their war with Ukraine. The Democrat president also announced a ban on Russian vodka imports and other products.

In the same speech, Biden yelled that he was “sick of” Americans thinking “inflation is government spending more money.”

Biden starts angrily whispering as he explains why Russia's stock market is closed: "Ya hear me? It will blow up." pic.twitter.com/PpdIn1jH2u