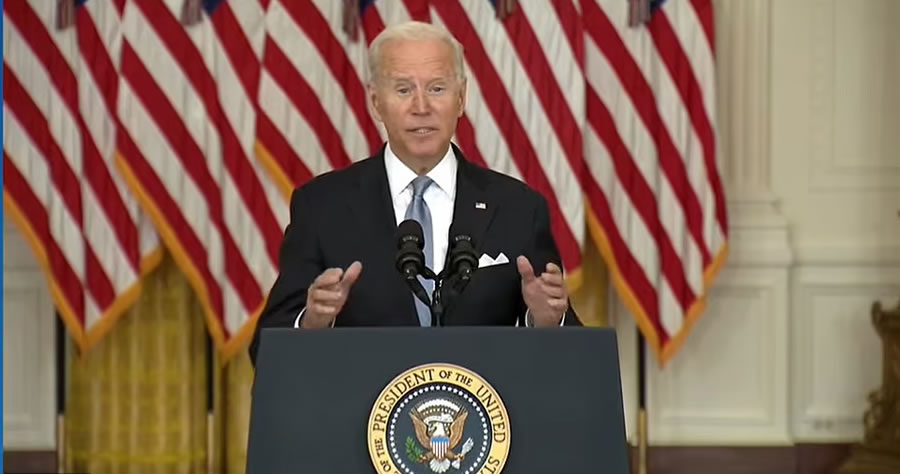 President Joe Biden delivered a speech of quiet fury at the White House on Monday, blaming Afghan leaders for the country’s rapid collapse and defending his decision to bring home U.S. troops.

‘I stand squarely behind my decision,’ Biden said. ‘After 20 years I’ve learned the hard way. That there was never a good time to withdraw U.S. forces.’

It was the first time the president had spoken publicly about the unfolding crisis in six days. He was forced to return from Camp David amid hostile headlines about his absence from Washington while Americans were being rescued from Kabul airport.

The president said he wanted to be ‘straight’ with the American public.

‘The truth is – this did unfold more quickly than we had anticipated,’ he said, his eyes narrow as he made clear who was to blame.

‘So what’s happened? Afghanistan’s political leaders gave up and fled the country.

‘The Afghan military collapsed, sometimes without trying to fight.’

Biden also pointed a finger at former President Donald Trump’s agreement with the Taliban to pull out American troops by May 1, 2021.

‘So I’m left again to ask of those who argue that we should stay: How many more generations of America’s daughters and sons would you have me send to fight Afghanistan’s civil war, when Afghan troops will not?’ Biden said.