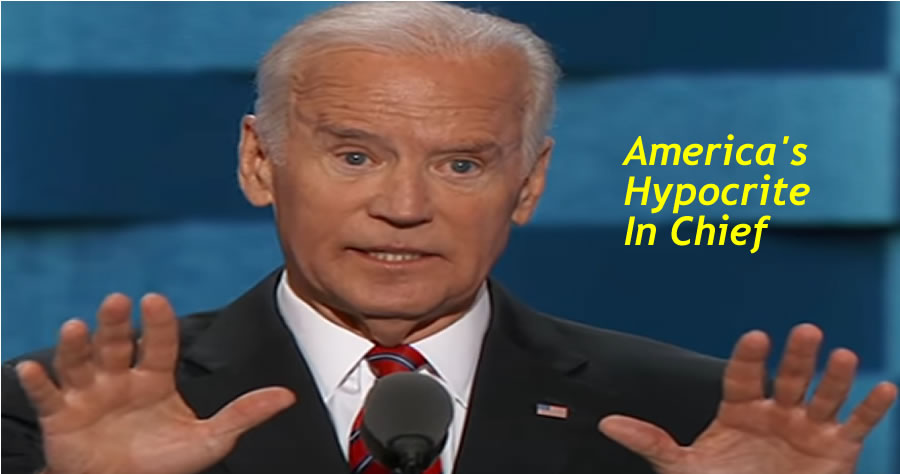 On January 31, 2020, a novel and dangerous coronavirus from Wuhan, China, was rapidly spreading. Donald Trump acted decisively and announced a ban on travel from China. At the time, Joe Biden blasted the decision as xenophobic, insisting, “This is no time for Donald Trump’s record of hysteria and xenophobia.”

Two days later, Biden added another charge against Trump’s travel ban by claiming it was unscientific: “We are in the midst of a crisis with the coronavirus. We need to lead the way with science — not Donald Trump’s record of hysteria, xenophobia, and fearmongering. He is the worst possible person to lead our country through a global health emergency.”

A little over a month later, as the number of COVID-19 cases in the U.S. was rising exponentially and as Italy in particular was suddenly becoming overwhelmed with coronavirus patients, Trump expanded his travel ban to include Europe. Once again, Biden assailed Trump’s ban as an absolutely ineffective gesture: “A wall will not stop the coronavirus. Banning all travel from Europe — or any part of the world — will not stop it. This disease could impact every nation and any person on the planet — and we need a plan to combat it.”

(Trump came up with a plan, and Biden plagiarized and claimed credit for it, but that’s another story.)

Trump defended his travel ban by arguing, “I always treated the Chinese Virus seriously, and have done a very good job from the beginning, including my very early decision to close the ‘borders’ from China — against the wishes of almost all. Many lives were saved. The Fake News new narrative is disgraceful & false!”

Nevertheless, Biden was quick to once again dubiously assert that Trump’s ban was xenophobic: “Stop the xenophobic fear-mongering. Be honest. Take responsibility. Do your job.”