Biden, Clinton honor Madeleine Albright at funeral: ‘She turned the tide of history’ 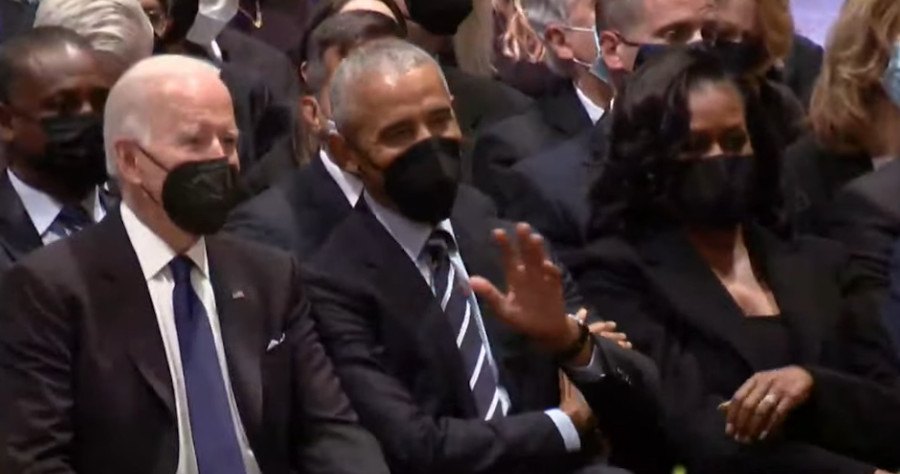 President Joe Biden and former President Bill Clinton attended the funeral service on Wednesday for former Secretary of State Madeleine Albright and lionized the former diplomat as one of the biggest champions of American democracy in recent memory.

Albright died at the age of 84 about a month ago after a fight with cancer. She was Clinton’s secretary of state between 1997 and 2001 and previously served as his ambassador to the United Nations.

“May her memory continue to be a blessing to our nation, and may we remember her words and deeds,” Biden said in delivering a tribute for Albright.

“May she always be a light to all those in the darkest places, and a reminder of our obligation to each other.”

The president called Albright a “force of nature” who with her “goodness and grace, humanity and intellect, she turned the tide of history.”

“To Madeline there was no higher mission, no greater honor than to serve this great experiment of freedom known as the United States of America,” he added.

Clinton, one of three people who delivered a tribute to Albright at Wednesday’s ceremony, said that the last time he spoke with her was two weeks before she died — and she didn’t want to waste time taking about cancer.

“The only thing that matters is what kind of world we’re going to leave to our grandchildren,” she’d told him, Clinton recalled.

The 42nd president, who appointed her to succeed William Christopher as secretary of state, also noted that she was determined to “go out with her boots on” by supporting U.S. efforts to defend Ukraine against Russia.

“We love you, Madeline. We miss you, but I pray to God we never stop hearing you,” Clinton said.

Albright emigrated to the United States from Czechoslovakia when she was 11. As head of the State Department, she supported the expansion of NATO and urged the defensive alliance to intervene in the Balkans to halt genocide and ethnic cleansing, and was the highest-ranking woman in the federal government at the time.

Biden said that she loved to speak of America as “the indispensable nation.” To her, he said, it was about gratitude “for all this country made possible for her.”

“Madeline understood her story was America’s story,” he said.

“She always had a knack for explaining to the American people why it mattered to them that people everywhere in the world were struggling to breathe free.”