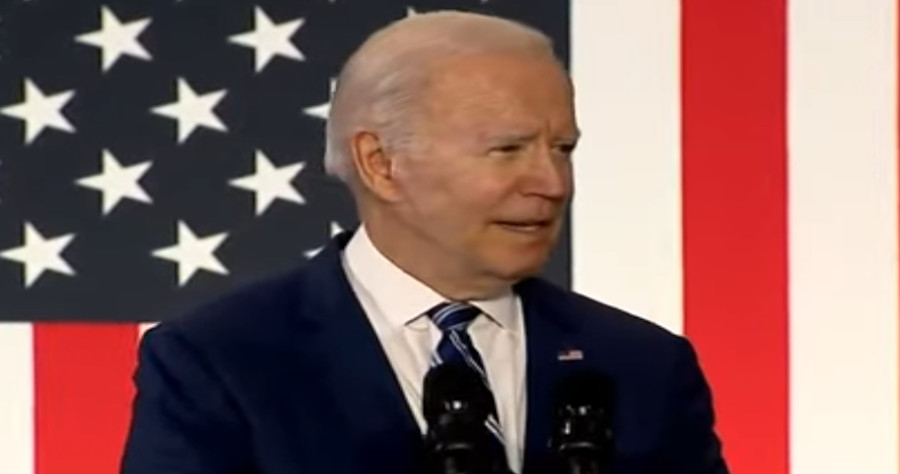 Another day, another instance of President Joe Biden making stuff up, and another reason for Americans to be mortified. No, folks, this isn’t some sort of nightmare you’re in, one that you can’t wake up from. This is really happening.

During an appearance yesterday at North Carolina Agricultural and Technical University in Greensboro, Biden gave a speech about the importance of Historically Black Colleges and Universities (HBCU). As is so often the case with the president, he went off-script again and just totally lied about his past.

We all remember when Biden told us that he had been a truck driver in his youth, only to find out that it was a lie. Then there was that time he said his family had almost died in a house fire, and that was also a load of crap. We can also remember when Biden had to drop out of the 1988 presidential race because of plagiarism and lying about his academic record, wrongfully claiming he had graduated near the top of his class at the University of Delaware when in reality he was in the bottom half. And then yesterday, we had this lulu below.

A legend in his own mind.

We’re sure to hear the president’s handlers try to clean up this mess later today. We can bet that Jen Psaki or someone else from his communications department will be asked about it, and Psaki or someone else will try to spin this invention as an honest mistake. It wasn’t. Our president is a pathological liar.

The fact is, Joe Biden was given what amounted to a ceremonial position at The University of Pennsylvania in 2017, a title called “Benjamin Franklin Presidential Practice Professor.” It was one of those cushy jobs that pays a lot.

While he reportedly received a total of $776,527 for the short time he was there, Biden never actually taught a class. In fact, an article in The Daily Pennsylvanian was given the headline, “No one is really sure what Joe Biden will be doing at Penn.”

There’s a big difference between being given an honorary type of position at a school and being a “full professor.” And as senile as Biden may be, he knows damned well he was lying. Remember when the media was so obsessed with any minor embellishment that President Donald Trump used to make? It sure seems strange that they’re suddenly willing to let nonsense like this go by with just a shrug of the shoulders.