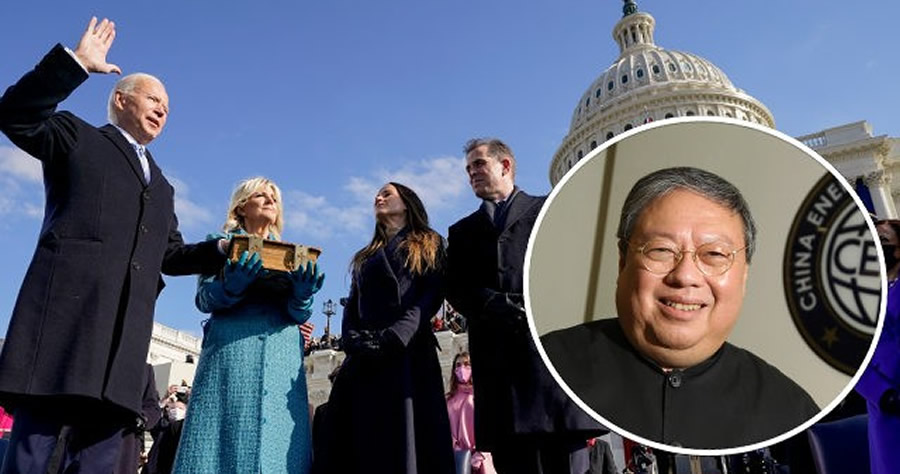 Hunter Biden planned to share his family’s office space in Washington, DC, with a Chinese intelligence-linked firm that employed a man Hunter described as “the f**king spy chief of China,” according to Peter Schweizer’s new bombshell book Red-Handed: How American Elites Get Rich Helping China Win.

According to the book, Hunter Biden planned in 2017 to set up an office in Washington that would house his businesses, his father’s Biden Foundation, and a representative of a Chinese global energy company he had cultivated close ties to, CEFC China Energy.

Hunter Biden had developed a close working relationship with CEFC’s Chairman and majority owner Ye Jianming beginning at the end of 2015 after associates put them in touch. Ye had a number of ties to Chinese military intelligence and his company provided energy to China’s People’s Liberation Army.

Despite those alarming links, Hunter became Ye’s personal counsel in the U.S., essentially becoming a representative for “an intelligence- and military-linked Chinese company that was supporting voices calling for an aggressive military posture against the United States and its allies,” according to the book.

Hunter Biden and his family were also involved in CEFC’s plans to invest in U.S. infrastructure through two entities — Hudson West IV and SinoHawk. In fact, Biden made it clear to Tony Bobulinski, a financial planner he brought in to help with the infrastructure efforts, that his family was integral to the effort.