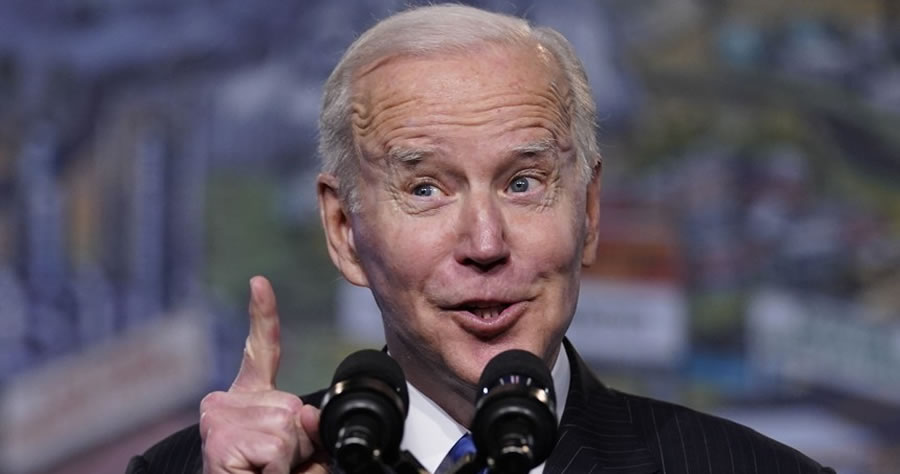 To say that President Joe Biden’s approval rating has cratered is putting it lightly. The man’s popularity has been on a swift decline for some time now, and as more and more mistakes are made by his administration and every public appearance brings on a new wave of embarrassment, his image continues to sink in the eyes of the American people.
Attempts are being made to raise his popularity level. It started with an attempt at diverting the blame for the issues he and his administration caused to others. From oil companies to Russian President Vladimir Putin, Biden has attempted to deflect in order to take the heat off of him to no avail. There have even been attempts at distracting the public with events such as the leaked draft decision on Roe v. Wade from the Supreme Court, but it didn’t save him either.

Putting paint on rust doesn’t take away the rust.

Now Biden’s handlers are reaching out to their Hollywood friends to help “Weekend at Bernie’s” Biden’s popularity. They think that if they can get him in with people others find entertaining, then they can certainly make Biden seem a bit more likable. After all, more people vote based on their emotions than anything else. Especially since it did so well for then-President Barack Obama. It’s a smart move.

Or it would be if Biden was actually meeting up with someone that was capable of convincing centrists and independents to like him. In their desperation, Biden’s handlers reached out to late-night show host Jimmy Kimmel.


They may as well have reached out to Michael Moore. Kimmel isn’t the play given the fact that Kimmel has made every attempt possible at alienating himself from half of America. His very open contempt for those who lean right borders on the obsessive and gets him to produce “jokes” that are just mean-spirited comments with applause prompts for the audience.

He’s repeatedly proven himself to be a hypocrite, abandoning his “noble” leftist beliefs if it means he can use them to attack people on the right with as much malice and bile as he can.

Sending Biden to Kimmel is not the play if they’re attempting to help with the former’s approval rating. In reality, it will just confirm to many in America that Biden isn’t the “uniter” that he likes to say he is, but that he’s willing to be around those who are divisive and hateful toward those who don’t believe as they do.