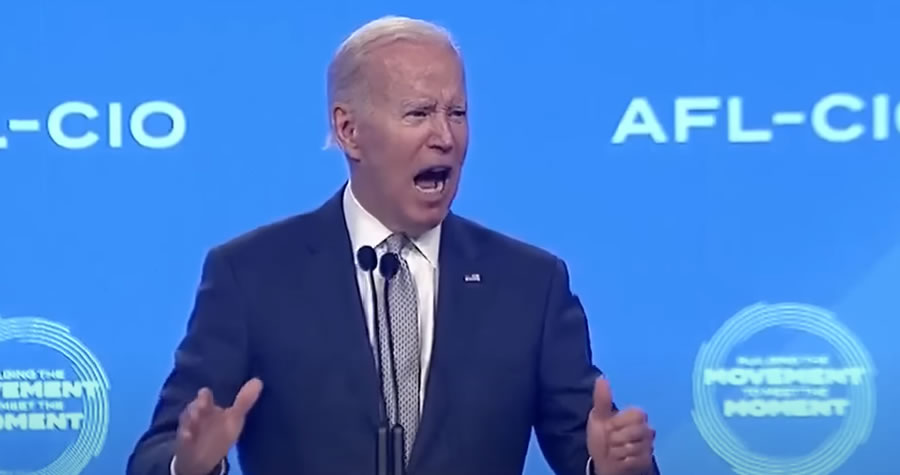 President Joe Biden yelled angrily into the microphone Tuesday over accusations about his “reckless spending” at the 29th AFL-CIO Convention in Philadelphia, Pennsylvania.

Biden attempted to debunk Republicans’ claims that he is a “big spender” and contributing to a rising deficit. He said the administration will cut the deficit by another $1.6 trillion in one year.

“We have spent a lot of money, let’s compare the facts,” Biden said. “Under my predecessor, the deficit exploded, rising every single year and all the benefit going to the top one percent, basically. Under my plan, last year we cut the deficit $350 billion doing all this … When they come to you and talk about big spenders, let them know [there is] almost $2 trillion in deficit reduction.”

“I don’t want to hear any more of these lies about reckless spending. We’re changing people’s lives!” he shouted. “And because of the facts this year, we’re delivering the biggest drop in the deficit in the history of the United States of America.”