Biden Not Allowed To Take Questions From His Own Party! Holds Pelosi’s Hand [VIDEO] 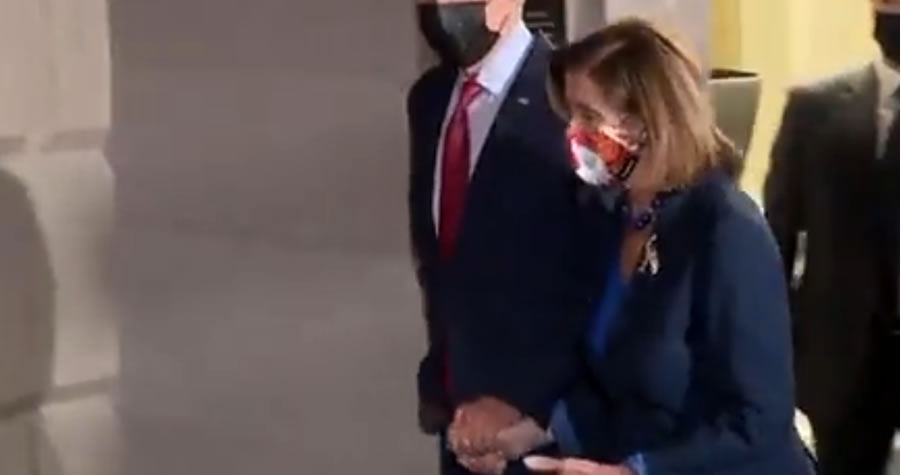 President Joe Biden struggled to unite his party on Friday during a meeting with Democrat Members of Congress in Washington, D.C., over the massive social spending bill that the party is trying to ram through Congress.

POTUS made no ask for a vote tonight, said it’s not going to happen until there’s a reconciliation agreement

Sarah Ferris, a reporter at Politico, said that Biden’s staff stopped him from answering questions from his own party at the end of the meeting.

At the end of his remarks, BIDEN offered to take questions from members but his staff jumped in.

He didn't take any questions.

The President can't even go into a meeting with his own party without having jr. handlers around to tackle him. Not normal.

So who in his "staff" is actually in charge? https://t.co/8BWyLqTVIH