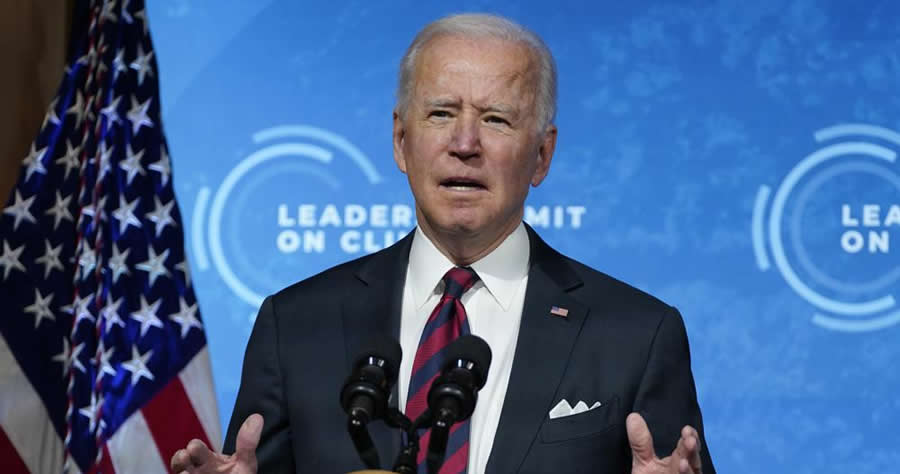 President Joe Biden held a climate summit with dozens of world leaders on Thursday, where he pledged to cut America’s greenhouse gas emissions in half by 2030 — with or without approval from Congress.

Besides claiming that Biden’s promised transformation of the U.S. economy under a Green New Deal-type image would create millions of jobs, the administration has not explained how its plan would impact everyday life for Americans. But some folks are already starting to do the math.

The New York Times wrote that achieving Biden’s climate goal “would mean a very different America,” pointing to studies that show what the “far-reaching” changes could look like within nine years:

Half of the country’s electricity would come from renewable sources such as wind, solar, or hydropower, up from one-fifth today (meaning “the number of wind turbines and solar panels dotting the nation’s landscape could quadruple”).
Two-thirds of new cars and SUVs sold would be battery-powered, up from roughly 2% today.
Oil and gas producers would slash emissions of methane, a potent heat-trapping gas, by 60%.
Virtually all of the 200 remaining coal plants in the U.S. would shut down unless they can also capture their emissions and bury them underground.