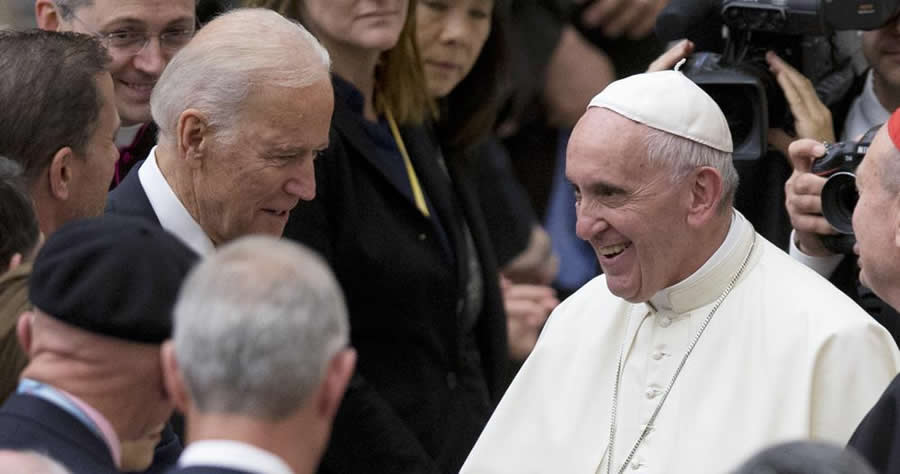 On Friday, President Joe Biden told the press details about his meeting with Pope Francis as debate over Biden’s stance on abortion as a self-professed Catholic continues in the United States.

“We just talked about the fact that he was happy I’m a good Catholic,” Biden said, per Fox News. “And I should keep receiving communion.”

Biden noted that the pope did not provide him with communion during their time together. The president also reportedly delivered a “challenge coin” to the pope.

“I’m not sure this is appropriate, but there is a tradition in America that the president, that he gives to warriors and leaders,” Biden said. “You are the most significant warrior for peace I’ve ever met, and I’d like to be able to give you a coin.”

“I know my son would want me to give this to you,” Biden said, referencing his late son Beau.