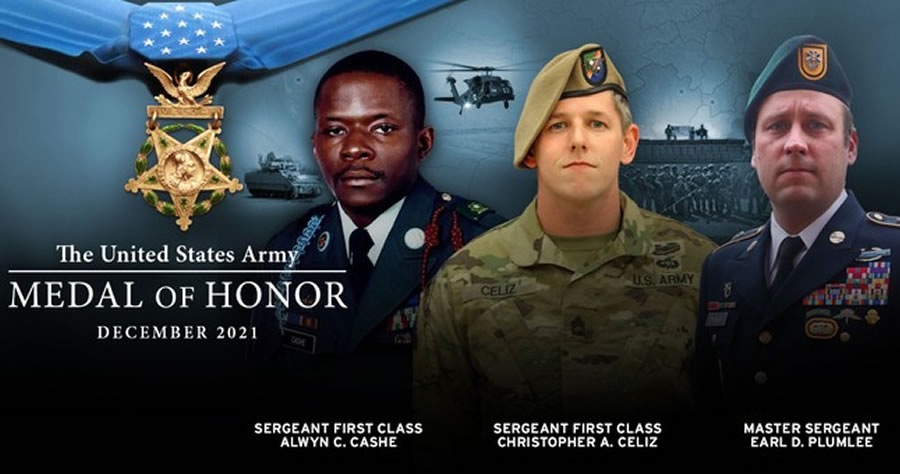 Cashe was initially given the Silver Star for saving his men from a burning Bradley Fighting Vehicle after being struck by an improvised explosive device in Iraq. While exposed to enemy gunfire and while he was on fire himself from fuel covering his uniform, Cashe was able to save six soldiers from the burning vehicle. He died from the second and third-degree wounds that covered over 70 percent of his body in 2005. Cashe’s widow accepted the medal on his behalf.

Today is the day.

At 1:30 PM EST the Family of Alwyn Cashe will receive the Medal of Honor