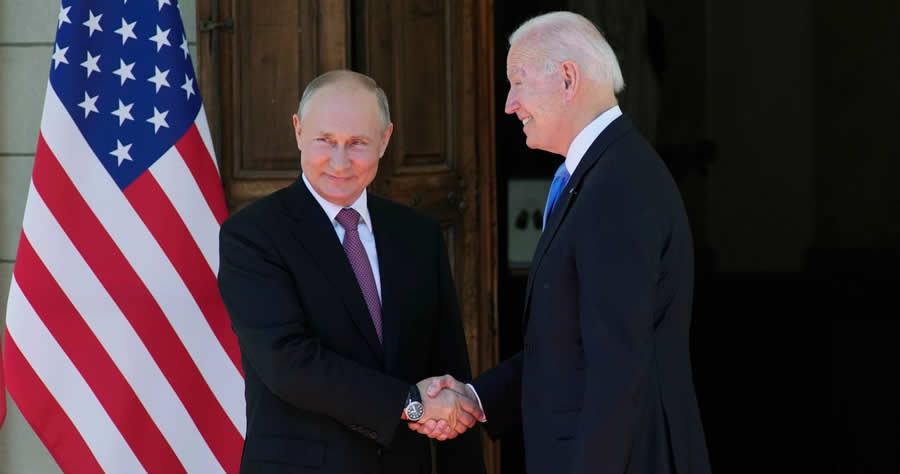 President Biden says the U.S. will not push for the ouster of Russian President Vladimir Putin on Wednesday, despite saying in March that Putin “cannot remain in power.”

Biden made the statement in a Wednesday op-ed in the New York Times, where he laid out what his administration will and will not do in Ukraine. Biden has derided Putin as a war criminal and previously called for his removal as Russia’s head of state, but he has now changed his tune.

“We do not seek a war between NATO and Russia,” Biden wrote. “As much as I disagree with Mr. Putin, and find his actions an outrage, the United States will not try to bring about his ouster in Moscow.”

“So long as the United States or our allies are not attacked, we will not be directly engaged in this conflict, either by sending American troops to fight in Ukraine or by attacking Russian forces,” he added.

White House officials previously had to walk back Biden’s call for Putin’s removal in March, with then-White House officials saying Biden’s point was that Putin “cannot be allowed to exercise power over his neighbors or the region,” adding that he was not pushing for “regime change.”

Putin’s removal is only the latest issue for which the White House has had to clean up Biden’s statements, a trend the president has noticed and is reportedly unhappy with.

“The so-called clean-up campaign, he has told advisers, undermines him and smothers the authenticity that fueled his rise. Worse, it feeds a Republican talking point that he’s not fully in command,” NBC News reported Tuesday.

In recent months, White House officials have walked back the president’s comments on Putin’s regime, his claim that U.S. troops would be deploying to Ukraine, and his assertion that the U.S. military would intervene if China invaded Taiwan. The latter has had to be clarified three separate times.