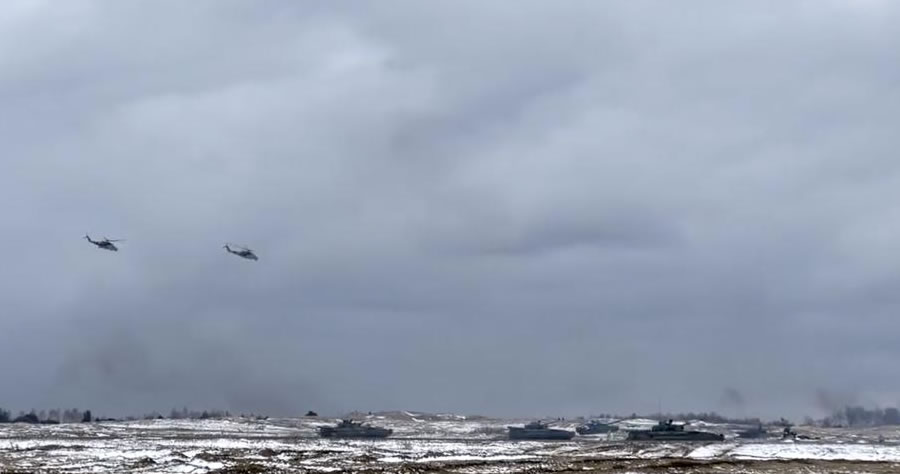 BRUSSELS (AP) — President Joe Biden is sending about 2,000 U.S.-based troops to Poland and Germany and shifting roughly 1,000 soldiers from Germany to Romania as demonstrations of American commitments to NATO allies amid fears of a possible Russian military invasion of Ukraine, the Pentagon said Wednesday.

In announcing the moves, Pentagon press secretary John Kirby said they will happen in coming days and operate under U.S. command.

“These are not permanent moves,” he said, stressing that the purpose is to reassure allies at a time of heightened tension over Russia’s unusual buildup of military forces along Ukraine’s border.

“These troops are not going to fight in Ukraine,” Kirby said, referring to the soldiers being sent from Fort Bragg, North Carolina, to Germany and Poland, and those being shifted from Germany to Romania. The 1,000 going to Romania are members of a cavalry unit and are in addition to about 900 U.S. troops already in that country, Kirby said.

“It’s important that we send a strong signal to Mr. Putin and to the world” of the U.S commitment to NATO, Kirby said.

Biden has said he will not put American troops in Ukraine to fight any Russian incursion, although the United States is supplying Ukraine with weapons to defend itself and seeking to reassure allies in Eastern Europe that Washington will fulfill its treaty obligation to defend them in the event they are attacked.

The military moves come amid stalled talks with Russia over its military buildup at Ukraine’s borders. And they underscore growing fears across Europe that Russian President Vladimir Putin is poised to invade Ukraine. Smaller NATO countries on the alliance’s eastern flank worry they could be next, although Russia has said it has no intention of initiating conflict and is willing to continue diplomatic efforts.

Biden had said recently that he intended to provide additional U.S. forces to NATO allies in Eastern Europe as reassurance of an American commitment to treaty allies.

The Pentagon also has put about 8,500 U.S.-based troops on higher alert for possible deployment to Europe as additional reassurance to allies, and officials have indicated the possibility that additional units could be placed on higher alert soon. The U.S. already has between 75,000 and 80,000 troops in Europe as permanently stationed forces and as part of regular rotations in places such as Poland.

Washington and Moscow have been at loggerheads over Ukraine, with little sign of a diplomatic path forward. A Spanish newspaper on Wednesday reported that the United States could be willing to enter into an agreement with Russia to ease tensions over missile deployments in Europe if Moscow steps back from the brink in Ukraine.