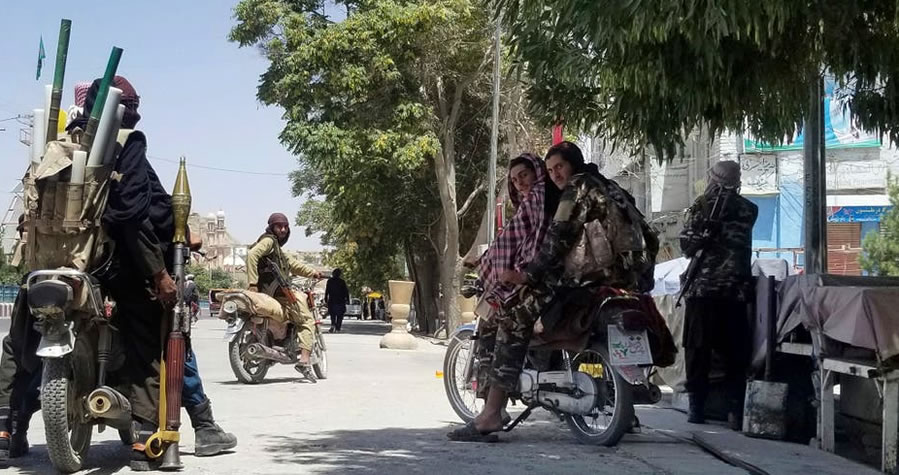 The officials complained that Trump only left them with 3,000 troops in Afghanistan, forcing them to withdraw because there was no way to keep the peace with such a small force, according to the report.

There was an early peace in Afghanistan, team Biden argued, only because Trump agreed to leave on May 1.

That was an argument that White House press secretary Jen Psaki used in July, noting Biden believed the Taliban “would have been shooting at U.S. troops again after May 1.”

“The withdrawal deadline negotiated by the previous administration kind of set that timeline,” she said.

Biden first chose to extend the deadline for troop withdrawals to September 11, but in July he moved up the timeline to August 31.

Biden also insisted in July that the Taliban takeover of Afghanistan was “not inevitable” in an exchange with reporters.

When asked why he was confident, Biden signaled optimism regarding the strength of the Afghanistan army.

If a strongly worded letter doesn’t stop them, nothing will

Former President Donald Trump lashed out at the Biden administration’s handling of Afghanistan, rising inflation and illegal immigrants on Friday, asking: “Do you miss me yet?”

“Tragic mess in Afghanistan, a completely open and broken Border, crime at record levels, oil prices through the roof, inflation rising, and taken advantage of by the entire world—DO YOU MISS ME YET?” Trump said in a short emailed statement.