Biden: The Economy Isn’t Bad, You Just Can’t See How Good It Is 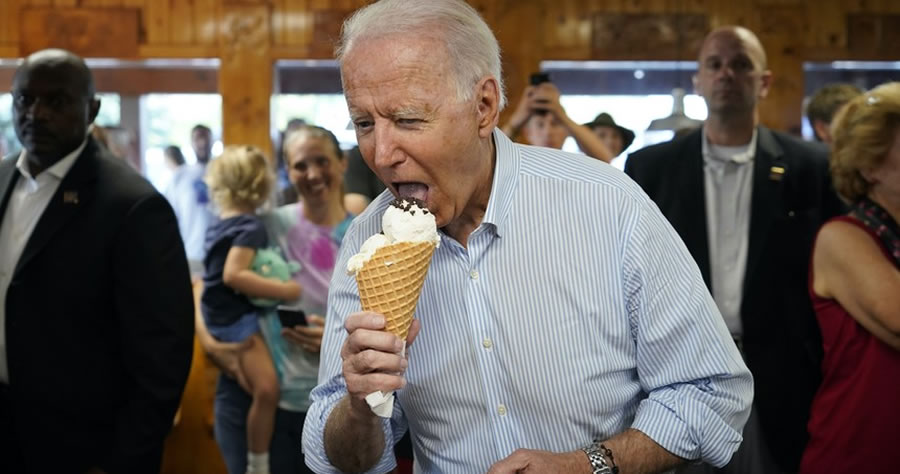 Old Joe Biden has been a liar his entire public life, from his plagiarism in law school and on the presidential campaign trail to his lies about the accident that killed his first wife and the innumerable lies he has told while pretending to be president. It is no exaggeration to say that Joe Biden is one of the most untrustworthy men on the planet. On Friday he reinforced that reputation with a major speech on the May jobs report, in which he had the breathtaking audacity to say that the smoking ruin of an economy over which he is presiding, and which his far-Left policies created, is actually doing great. Maybe if we tilt our heads and squint, we’ll be able to see it.

Speaking on his home turf in Rehoboth Beach, Delaware, Biden touted “today’s excellent jobs report and unemployment remaining at a near-historic low of 3.6 percent.” He admitted, however, that “even with today’s good news, a lot of Americans remain anxious,” and “high prices, particularly around gasoline and food, are a real problem for people.” However, because of his ace leadership, all is really well: “Because of the enormous progress we’ve made on the economy, the Americans can tackle inflation from a position of strength. Still a problem, but we can tackle it from a position of strength.”

Biden claimed, with a straight face, that “today, thanks to the economic plan and the vaccination plan that my administration put into action, America has achieved the most robust recovery in modern history just two years removed from the worst economic crisis since the Great Depression.” You thought Old Joe was heading us into another Great Depression, but he’s here to tell you that he has just led us out of one, and he wouldn’t lie to us, now, would he?