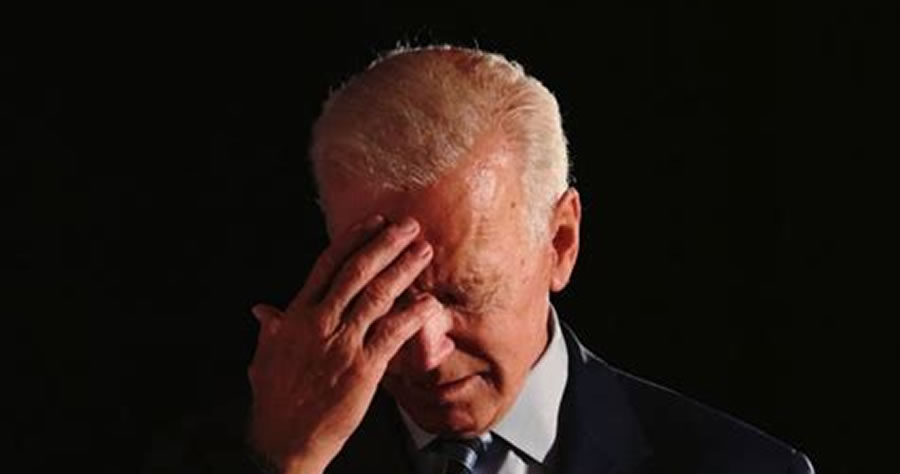 The world appears to have woken up to an important truth this week: which is that Joe Biden is a truly terrible president. It is a shame that it took America gifting Afghanistan back to the Taliban for so many people to realise this.

To be charitable, there were perhaps two reasons why this had not become more obvious before. The first is that Joe Biden is not Donald Trump and for a lot of the planet that seems to be recommendation enough to occupy the Oval Office. A break from the Trump show appealed to an awful lot of people.

But the second reason why too few realized what the world was going to get from a Biden presidency is that the US media simply didn’t ask the questions it needed to ask. Before the election a near entirety of the American media gave up covering it and simply campaigned for the Democrat nominee.

It was the same with the Big Tech companies. So persuaded were they (Twitter in particular) that they had been responsible for Donald Trump’s election in 2016 that during the 2020 race they did everything they could to get Biden in. That included – and this cannot be said often enough – effectively muting America’s oldest newspaper: the New York Post’s story about Hunter Biden’s laptop, which contained serious allegations of corrupt tail-coating by Hunter and other members of the Biden family when Joe was vice-president. But Big Tech restricted the story from being shared and almost no other journalists bothered to follow it up.

Instead, they just hung on his every incoherent sentence and accepted his pronouncements (generally beginning with “Look”) as if they had any more idea than he did about whatever point he was forever struggling to make. Worse was the strange sort of cooing that journalists made whenever Biden appeared in public ahead of the election. They would thrill when he jogged over to speak to one of them. They were flattered when he made even a wave in their direction. Then there was the most irritating Biden schtick of all – the one he has of going to ice-cream parlours. The US media can never get over the novelty of this miraculous type of excursion. It is as though nobody in high office ever eats such a thing. “What a crazy down-to-earth guy,” they think. “He likes ice cream!”

Whenever he exits one of these joints and emerges solemnly with his cone, the US media can be relied upon to shout questions about which flavours he has chosen. He will say “double-choc-chip cookie” or whatever it is that day and the court media will “ooh” or applaud and make notes as though Dorothy Parker had just offered them an epigram.

Until you see it up close you just cannot believe the cravenness of most of the American media. Last month the CNN presenter Don Lemon was selected to quiz Biden at a “town hall” event before the cameras. Biden was, as usual, meandering and unfocused as though lost in the fog of his own sentences. But Lemon would not press him properly. Rather, you could see him urging the president on, willing him to get to the end of the sentence or to reconnect with one of those trains of thought that been left derailed several clauses or sentences back. It wasn’t journalism. It wasn’t even kindness. He was rooting for the president.