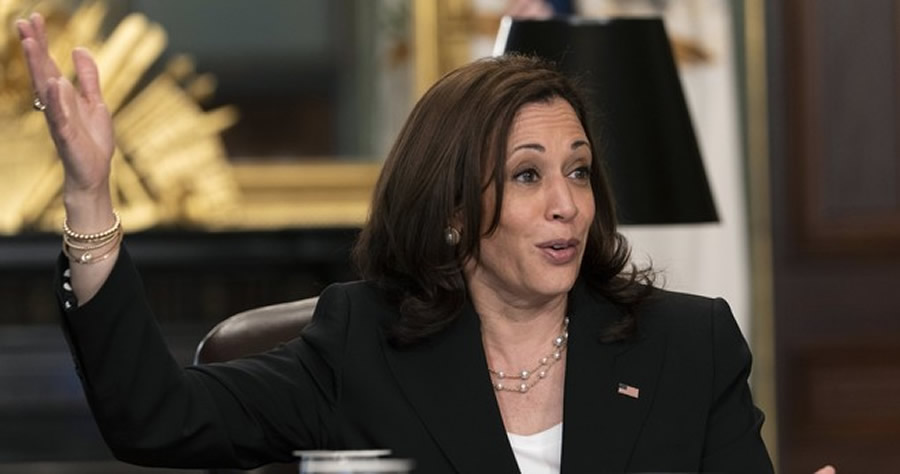 What are they doing? The Biden White House is going to ask Kamala Harris to back into the game again? Bench this woman, please. For the sake of our intelligence and human civilization, just put her back into the cardboard box from whence she came. She has failed on the border. She failed in boosting COVID vaccination rates. Harris is a walking failure, who bleeds staff and fosters a toxic work environment. She doesn’t do the work and she doesn’t read the briefings her staff prepare for her, so she doesn’t look like an idiot. She botched the talking points about the sanctions slapped against Russia in the aftermath of their invasion of Ukraine. And now, the White House wants to send her to Poland? Does she even know where that is on the map (via The Hill):

The White House is actively discussing sending Vice President Harris to Warsaw, Poland, and Bucharest, Romania, in the coming days to show solidarity with Ukraine as it faces an escalating Russian invasion, sources familiar with the conversations tell The Hill.

The discussions involve sending Harris to visit troops stationed in Romania and potentially to the border with Ukraine, where a refugee crisis has seen more than 1 million people flee that country since the Russian attack.

The trip could happen in the coming weeks, one source said, adding that there is no active dialogue about sending President Biden to the region.

“A presidential visit is a heavier logistical lift,” the source said. “The vice president has a smaller footprint and is historically more nimble.”

The vice president’s office declined to comment on Harris’s travel plans. But a White House official said Harris has been “deeply involved in the administration’s engagement with allies and partners.”

Thank you, Kamala Harris, for so eloquently explaining the conflict in Ukraine. pic.twitter.com/myaMXpJXxV