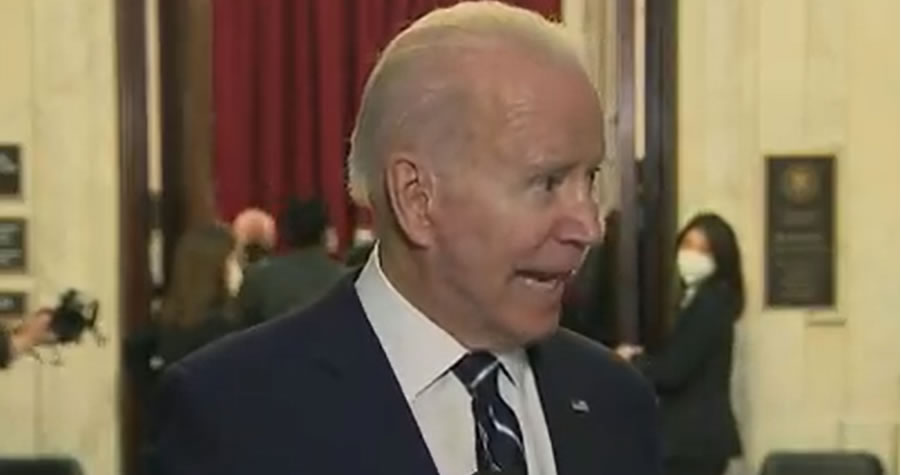 The initial February rankings dropped to 61.7, a five and one-half point drop from the January. Economists were anticipating the number to remain relatively close to last month’s survey findings.

The 61.7 is the lowest number recorded by the UM survey since October 2011, less than 3 years into Obama’s first term. It was nearly 20 points down from the same time last year.

As reported by Breitbart:

“The component of the index that measures consumers’ views of current conditions dropped to 68.5 in February from 72 in January. The gauge of expectations fell to 57.4 from 64.1.”

All of these numbers come in the midst of the highest level of inflation 40 years.

And it all points to a “sustained downturn in consumer spending.”

“The depth of the slump, however, is subject to several caveats that have not been present in prior downturns: the impact of unspent stimulus funds, the partisan distortion of expectations, and the pandemic’s disruption of spending and work patterns,” chief economist of the survey Richard Curtin said.

Wait, you mean government lockdowns and other pandemic policies have had an impact on Americans and their financial stability?

Planning a cookout this year? Ketchup on the news. According to the Farm Bureau, the cost of a 4th of July BBQ is down from last year. It’s a fact you must-hear(d). Hot dog, the Biden economic plan is working. And that’s something we can all relish. pic.twitter.com/7h9qLauIbC

“President Joe Biden came into office with a plan to fix inflation — just not the particular inflationary problem that the country now faces.”

Exactly which inflation crisis he was planning to fix is unclear.

When Biden took office, the inflation rate was at 1.4%, which was 1.1% lower than Trump inherited when he took office.

In fact, over the last 12 months of Trump’s economic policy, the inflation rate averaged 1.14%. Over the first 12 months of Biden’s administration, the average has been 5.2%.

Both of those years saw a President trying to navigate our nation through a pandemic.

Yet, somehow Biden, Pelosi and the rest of the Democrat party is busy trying to convince the American people that their strategies are in our best interests. The truth is, since 2000, no president has averaged more inflation growth over any 12-month span of their administration than Joe Biden.

Biden and team have also created the largest 1-year average increase from what they inherited. In fact, the breakdowns since Clinton left office until today look like this by presidential administration:

George W. Bush inherited 3.7% but left Obama 0% growth. Obama in turn took that and left Trump 2.5%. Trump policies, both foreign and domestic, reduced the hand-off by 1.1%.

But what does all this mean to the American consumer? The buying power of the dollar has been impacted tremendously.

Assuming that the average inflation during Biden’s four years in office remained the same, it would cost an additional $205.19 per $1000 spent to purchase the same things being purchased before he took office.

Biden’s failed economics would cost the American consumer $101 more per month and a total of $7,305 over the life of the loan.

So, while the White House claims that Biden’s economic plan is working and celebrates the fact that a 4th of July Cookout was down $0.16 from the previous year, the average American is not feeling overly festive at the moment.