President Biden’s job approval currently sits 10 points lower than that of his former boss, President Barack Obama, at the same point in his presidency in 2009.

During all of Obama’s eight years as president, Biden worked as his vice president.

The averages calculated by RCP are pulled from a variety of polls including ones done by Fox News, Gallup, Reuters/Ipsos, Rasmussen and Monmouth.

Biden’s approval rating has been steadily dropping since he took office in January as his administration has attempted to manage a variety of blunders from the chaotic troop withdrawal from Afghanistan to the record-smashing surge of illegal immigrants crossing the southern border. 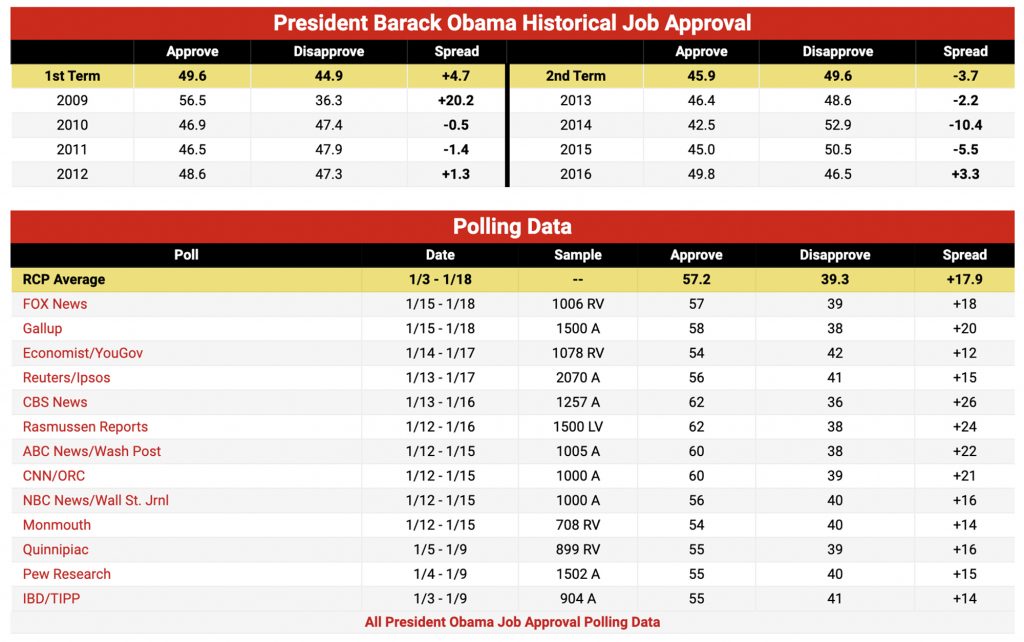