Biden’s Border: Half A MILLION Migrants Crossed US border In Just 10 Weeks 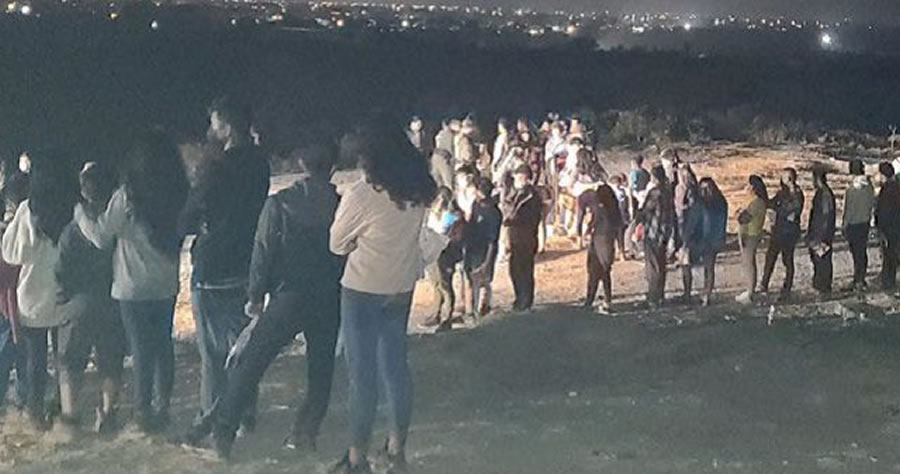 More than a half-million migrants illegally crossed the southwest border with Mexico during a 10-week period ending on May 15. The record-setting mass migration crisis is overwhelming Border Patrol and NGO resources as they deal with the chaotic level of border crossings.

Between April 1 and May 15 approximately 513,000 migrants illegally crossed the southwest border with Mexico. The number reflects apprehensions cited in the April Southwest Border Migration Report and unofficial numbers obtained from a law enforcement source within CBP.

The source stated that agents apprehended approximately 47,000 migrants just in the past seven days.

Until recently, the Rio Grande Valley and Del Rio Sectors led the nation in migrant apprehensions. However, a recent surge in the El Paso Sector pushed the remote Texas-New Mexico sector into the lead, Breitbart Texas reported. The source told Breitbart that El Paso Sector agents detained nearly 5,000 migrants in area processing center on Monday. Haitian migrants accounted for about 50 percent of this total.

The El Paso Sector currently sits at more than double its standard capacity. The source says in recent days, migrant apprehensions in the sector have exceeded 1,500. Del Rio Sector officials report their processing centers are approximately 40 percent over capacity.

April migration along the southwest border set an all-time record for April apprehensions as agents took more than 201,000 migrants into custody, Breitbart reported. The report surpasses the previous record set during the last year of the Clinton administration.

The record-level apprehension of 201,800 migrants in April marks a dramatic turn around from the record-low April apprehension report from 2020 when agents took a mere 16,182 migrants into custody. This represents an increase of nearly 1,150 percent during the past two years.

In addition to the more than 1.2 million migrants apprehended so far this fiscal year, an additional 364,000 migrants simply got away and made their way successfully into the U.S. interior, Breitbart reported.

“The fact is that our borders are not open, and we will continue to remove those who enter our country unlawfully and have no legal basis to stay,” CBP Commissioner Chris Magnus said in a written statement on Tuesday releasing the April Southwest Land Border Encounters report. “After many months of planning, we are executing a comprehensive strategy to safely, orderly, and humanely manage our borders.”