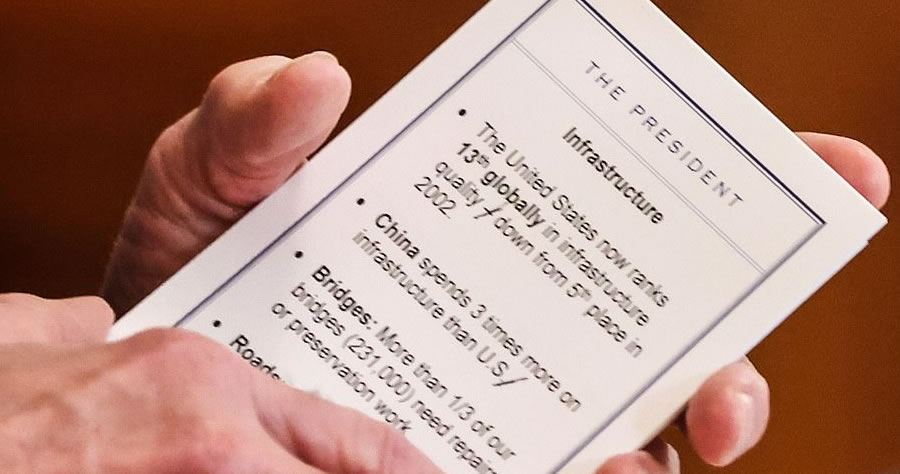 Images taken during President Joe Biden’s first press conference on Thursday showed him using cheat sheets – which did not prevent him from misstating key facts and losing his train of thought at times.

The 78-year-old Democrat is seen holding one sheet that showed the headshots of journalists at the press conference that he planned to call on.

Another cheat card listed stats about infrastructure, but Biden was still forced to correct himself after mistakenly saying the US ranked 85th in the world in infrastructure.