Biden’s Desperate Trip To Capital In Bid To Salvage Agenda 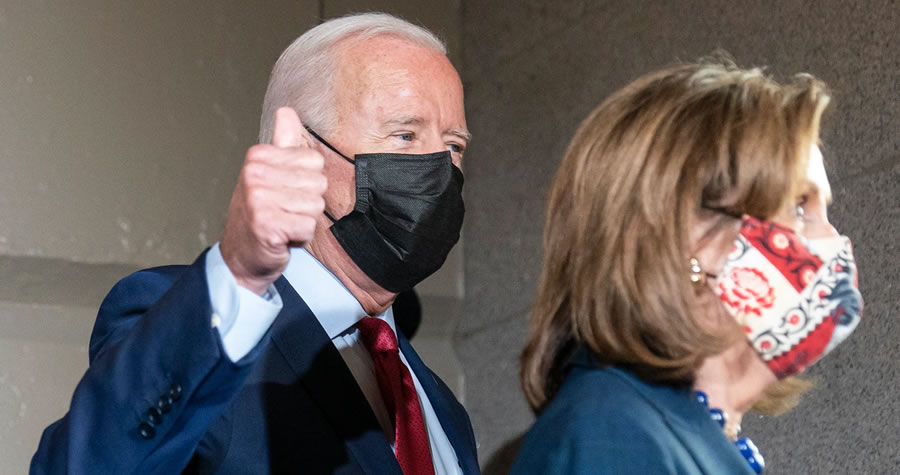 President Biden scrambled to Capitol Hill Friday afternoon in a bid to salvage his $4.7 trillion in signature spending plans that have been hijacked by progressive members of his own party — but after a less than half-hour talk with his fellow Democrats the president snapped at reporters who asked for a status check on his way out the door.

After arriving at the Capitol shortly before 4 p.m., Biden’s meeting with the Democratic caucus quickly wrapped up around 4:26 p.m. His trip was an effort to strike a deal with warring Democrats after two leading progressive lawmakers took shots at him for not engaging in talks sooner.

“I’m tellin’ ya we’re gonna get this done,” Biden snapped at reporters following the meeting.

When pressed on when the legislation would be passed, the president said it “doesn’t matter.”

The sudden visit by Biden also came after House Speaker Nancy Pelosi, who appears not to be able to sway the increasibly powerful far-left wing of her caucus laid the groundwork to delay a vote on Biden’s Senate-passed, bipartisan, $1.2 trillion infrastructure bill for up to a month.

Biden was greeted at the Capitol entryway by an anxious Pelosi who escorted him to the Democratic caucus meeting. Biden did not answer any questions from reporters and gave a thumbs up.

Protesters outside the Capitol complex yelled, “Hold the line,” as Biden arrived.