Biden’s DHS Chief Boasts Amid Border Crisis: ‘We Have Rescinded So Many Trump Immigration Policies’ 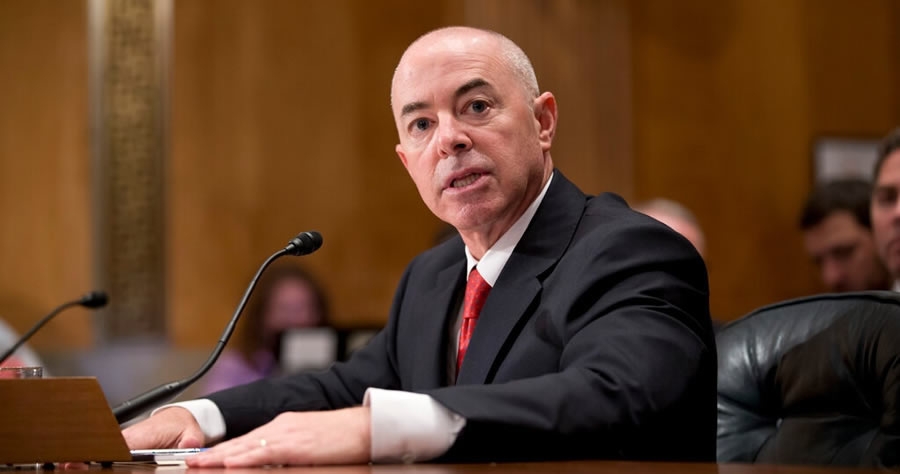 Department of Homeland Security (DHS) Secretary Alejandro Mayorkas boasted during an MSNBC interview with Nicolle Wallace on Monday that the Biden administration has “rescinded so many Trump immigration policies, it would take so much time to list them.”

The remarks from Mayorkas come as the administration has struggled to manage a crisis that exploded in Del Rio, Texas, when tens of thousands of illegal aliens flooded the area. The administration has struggled to secure the border throughout the entire year, and some estimates suggest that agents will make more than 2 million encounters with illegal aliens this year.

Mayorkas said that the Border Patrol agents on horseback who defended America’s borders when they rode up to illegal aliens who were coming through the Rio Grande have been placed on “administrative duties” and that “they are not performing their their typical law enforcement duties.”

Wallace later asked Mayorkas, “what Trump era immigration policies have been banned, ended, reversed, and if any investigations are underway by you?”

“So, we have rescinded so many Trump immigration policies, it would take so much time to list them,” Mayorkas responded. “We rescinded the remain in Mexico policy. We rescinded Of course, the public charge rule that deprived, vulnerable migrants from accessing certain critical life benefits. We have restored the Deferred Action for Childhood Arrivals program, the DACA program.”