Biden’s Disinformation Board Slammed from Both Sides 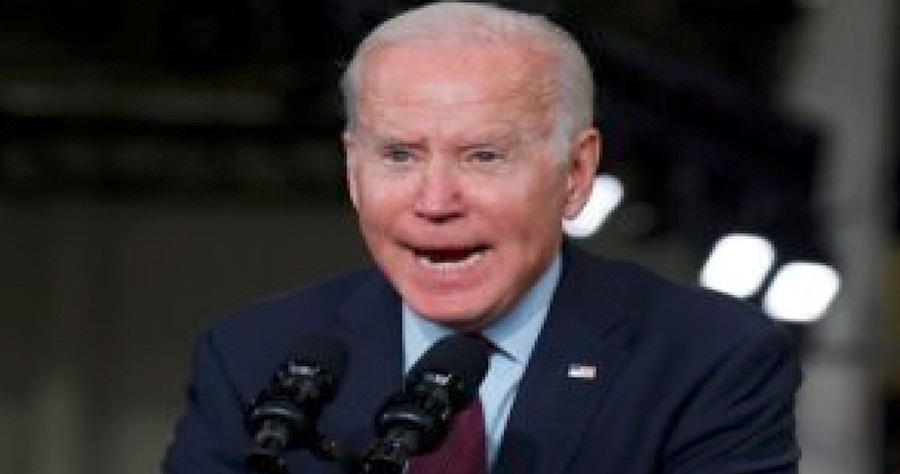 President Biden’s Disinformation Governance Board is off to a shaky start as prominent figures on both sides of the political aisle declare it to be little more than an Orwellian “Ministry of Truth.” The controversial new board under the Department of Homeland Security – ostensibly designed to tackle misinformation – has politicos and the public concerned that it will be little more than a propaganda arm for the administration that seeks to silence critics and opposing views.

Despite assurances from DHS Secretary Alejandro Mayorkas that the board will not be targeting American citizens, opponents view its formation as a clear attack on the First Amendment. Defending its creation, the DHS head argued on Fox News Sunday, “This is a working group that takes best practices to make sure that in addressing disinformation that presents a threat to the homeland, does our work, does not infringe on free speech. Does not infringe on civil rights, civil liberties … It’s not about speech. It’s about the connectivity to violence.”

“That is what we need to address,” he continued. “An individual has the free speech right to spew anti-Semitic rhetoric, what they don’t have the right to do is take hostages in a synagogue. And that’s where we get involved.”

But it seems few are convinced by Mayorkas’ words.

During an interview with Sunday Morning Futures, he argued that the Biden administration is “fundamentally destroying this country with open borders, 40-year high inflation, record gasoline prices, and now something to abridge the freedom of speech.” He warned: “Every American should awaken to the urgency of the moment … Every American should be frightened about what Democrat governance and what Democrat policies are doing to destroy this nation.”

But it is not only voices on the right that oppose this new venture. Tulsi Gabbard, former Democratic Party presidential candidate and Hawaii representative, launched a series of tweets decrying not only the board but also the direction of the Biden administration. She wrote:

“Every dictatorship has a propaganda arm—a ‘Ministry of Truth.’ The Biden Administration has now formally joined the ranks of such dictatorships with their creation of the so-called ‘Disinformation Governance Board.’”

Gabbard also took aim at those who support the new DHS initiative, saying, “The hysterical reaction by those in power & their MSM mouthpieces to all Americans being allowed to exercise our free speech exposes their tyrannical tendencies, as does their creation of a ‘Ministry of Truth.’ All freedom-loving Americans—Dem/Rep/Ind—need to reject such tyrants.”

Between Mayorkas and the executive chair of the board, Nina Jankowicz, America now has two people at the helm of a government entity that would make former Soviet leaders blush. The head honchos have such an established track record of both falling for and propagating misinformation that any trust in the fairness and efficacy of the disinformation board is starting from a negative position.

Last year, a fury arose among the chattering classes surrounding photographs of border patrol agents on horses twirling reigns. Naturally, the headlines blared that the agents were “whipping migrants.” Mayorkas decided to join the bandwagon almost immediately, decrying the actions of his officers, saying the images “painfully conjured up the worst elements of our nation’s ongoing battle against systemic racism.” That the initial lie of whipping was swiftly disproven did not stop him from making politically partisan hay.

More recently, Secretary Mayorkas, while speaking at Al Sharpton’s National Action Network Convention, claimed that “the greatest terrorism-related threat that we face in the homeland is the threat of domestic violent extremism.” Citing social media and other online platforms, Mayorkas declared that “the most prominent threat is the threat of white supremacists.”

This narrative was reaffirmed by Mayorkas before the House Judiciary Committee on Thursday, April 28. Representative Greg Steube (R-FL) asked the DHS boss to provide a single instance of such a case that had been referred to the DOJ. Mayorkas could not name any but stated that he would provide an example after the hearing. Steube says he has yet to receive the information.

The Mary Poppins of Misinformation

Ms. Jankowicz’s record is also riddled with the promotion of disinformation. She was an early pusher of the idea that the dossier produced by Christopher Steele as part of a Clinton campaign opposition research plan was the genuine article. She recommended to her Twitter followers that they tune in to a podcast hosting Steele, saying, “Listened to this last night. Chris Steele (yes THAT Chris Steele) provides some great historical context about the evolution of disinfo. Worth a listen.”

The Steele Dossier has been discredited time and time again and is now an important factor in Special Counsel John Durham’s investigation into the Russian collusion scandal.

And then came the Hunter Biden laptop story. Again, Jankowicz not only fell for the narrative that it was part of a Russian disinformation campaign, she also helped push the faulty analysis. “We should view it as a Trump campaign product,” Jankowicz said at the time. “Not to mention that the emails don’t need to be altered to be part of an influence campaign. Voters deserve that context, not a [fairy] tale about a laptop repair shop.”

Off To A Bad Beginning

Joe Biden has handed his political opponents a gift; one that will keep on giving until at least the congressional elections in November.

When Mayorkas announced the creation of the board, he did not do so through a press release, but rather during testimony in the House, making it seem like this was not to be a very public affair. The fact that the major left-leaning news networks refused to even make mention of this bombshell for three days has given rise to speculation that its role is secretive in nature. Add to this that it took DC lawmakers by surprise, and what we have is beyond just a mere failure to communicate, but instead, panic that the government intends to limit free speech and allow a narrative that is favorable only to its own interests.

If the DHS cannot begin a new initiative on disinformation without creating the very distrust that it claims to be fighting against, one wonders just what hopes for success this “ministry of truth” really has.