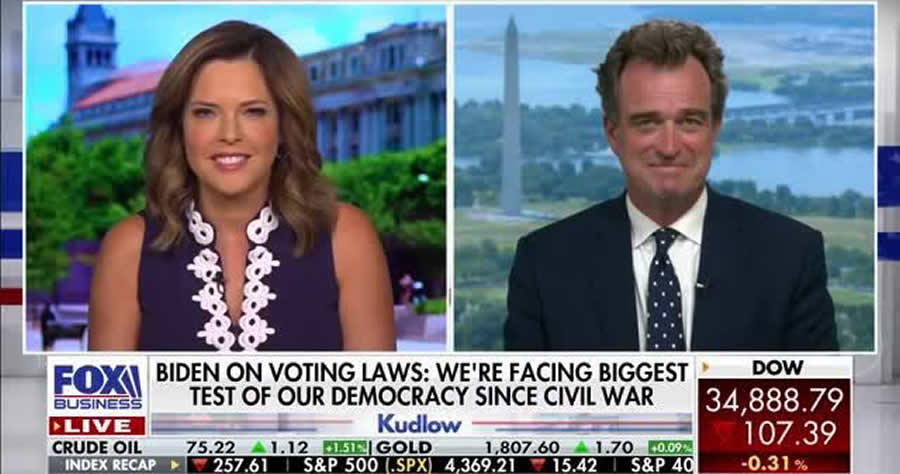 President Biden issued a nonsensical word salad that warned about “raw power” as the “centerpiece of common life” in connection to voter integrity laws, which he called the “most dangerous threat to voting” in history.

“Whether it’s stopping foreign interference in our elections or the spread of disinformation from within, we have to work together, Biden said in a speech given at the National Constitution Center in Philadelphia that called for Americans to rise up against new voter integrity laws that he claims make it harder for people to vote

“Vice President Harris and I will be making it clear that there’s real peril in making raw power rather than the idea of liberty the centerpiece of the common life,” the president confusingly stated.

The wording made little sense although it was dramatic. Many just found it confusing and irritating. But then, Biden got to the meat of the matter… voting rights.