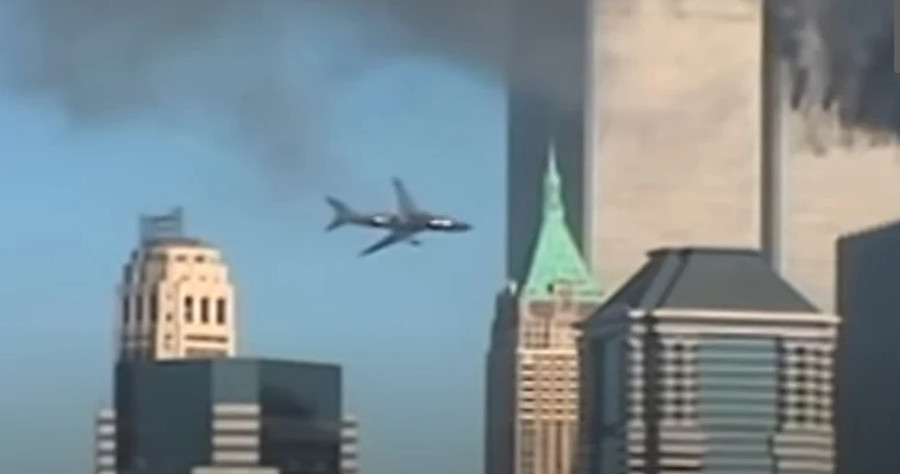 Figured it out yet, America? The Biden administration is not on your side.

From ignoring the supply chain crisis to now refusing to do anything to relieve Americans’ pain at the pumps by their refusal to go back to Trump-era oil exploration, this administration is doing everything they can to inflict as much pain on the American people as they are willing to take.

On Monday, in the ultimate middle-finger to the American people, the administration released the so-called “20th hijacker” from the September 11 attacks from Guantanamo Bay and sent him home to Saudi Arabia, the New York Post reports.

Mohammad Ahmad al-Qahtani, 46, was flown back to Saudi Arabia after the Biden administration reversed yet another Trump policy, whereby the former president contested al-Qahtani’s release and repatriation in his home country.

The release was facilitated after a review board, consisting of both military and intelligence officials, ruled that al-Qahtani could be released from US custody in Club Gitmo after he had been incarcerated there for some 20 years.

Medial examinations and records obtained by his lawyers showed the psycho suffered from mental illness, including schizophrenia, since childhood, the Post  reported.

“After two decades without a trial in U.S. custody, Mohammed will now receive the psychiatric care he has long needed in Saudi Arabia, with the support of his family,” said Ramzi Kassem, a law professor at the City University of New York, who represented the would-be terrorist for over a decade along with help from his students.

“Keeping him at Guantanamo, where he was tortured and then repeatedly attempted suicide, would have been a likely death sentence.”

According to defense officials, al-Qahtani had been trained by al Qaeda and was to join the hijackers who would ultimately commandeer four civilian airliners and crash them into the World Trade Centers, the Pentagon and hopefully the US Capitol, the last of which was foiled by the brave passengers on United Airlines flight 93.

In August 2001, al-Qahtani was turned away from the U.S. by alert immigration officers at the Orlando International Airport, who were suspicious of his travel plans. Documents showed that lead Sept. 11 hijacker Mohammed Atta planned to pick al Qahtani to participate in the plot.

Al-Qahtani was eventually picked up in Afghanistan and sent to Guantanamo Bay in 2002, officials said.

According to the Pentagon, al-Qahtani was allegedly subjected to brutal interrogations at the facility, which the legal official in charge of war crimes commissions said amounted to torture.

Among the treatment alleged included beatings, exposure to extreme temperatures and noise, sleep deprivation and extended periods of solitary confinement. Kind of like the January 6 protesters from the US Capitol siege have experienced, according to some reports. Biden (of course) has said he intends to close Gitmo.

After the alleged torture was discovered, the George W. Bush administration dropped plans to put al-Qahtani on trial.

In 2002, al-Qahtani was seen by an FBI official speaking to non-existent people, hearing voices and crouching in a corner of his cell while covering himself with a sheet for hours at a time, reports say.

After al-Qahtani’s release, Gitmo currently houses 38 prisoners, with half of them having been approved for repatriation or resettlement by the review board.

“The United States appreciates the willingness of Saudi Arabia and other partners to support ongoing US efforts toward a deliberate and thorough process focused on responsibly reducing the detainee population and ultimate closing of the Guantanamo Bay facility,” the Department of Defense said in a statement.

Fox News meanwhile said it hasn’t yet been decided what to do with the other half who have not yet been cleared for release. Maybe the Biden administration can trade them for some oil, since they appear to be wiling to barter with terrorists for oil instead of using what we have underground.

Ten prisoners face trial by military commission, including five charged in connection with the Sept. 11 attacks. Their death penalty case, Fox News says, has been stalled for years in the pretrial phase.