Biden’s Moment of Infamy: Hollow Pledges on the Eve of Russia’s Attack on Ukraine, Hangs Another Country Out to Dry 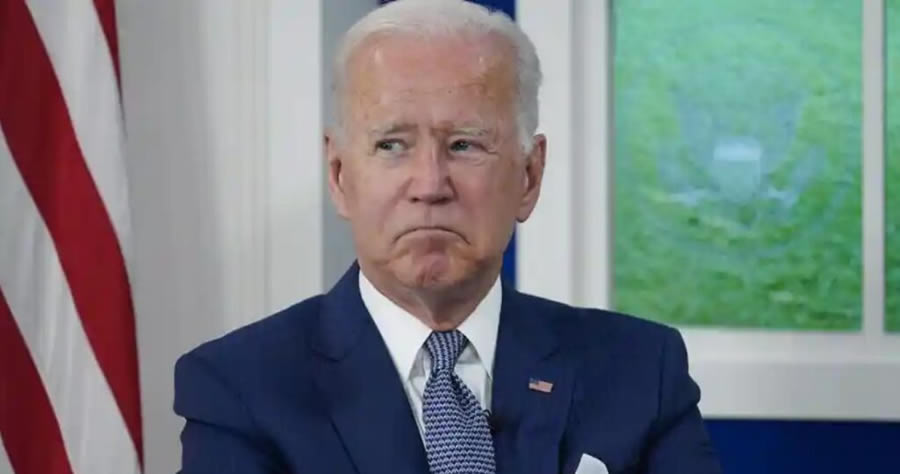 Each American president is judged by his command in moments of crisis. For Lincoln, it was the address at Gettysburg. Roosevelt made his mark after Pearl Harbor. Kennedy endured the Cuban missile crisis. And George W. Bush rallied a stunned nation from a smoldering pile at Ground Zero.

While much history remains to be written for Joe Biden’s presidency, the start of Russia’s military aggression against Ukraine may be defined years from now by extraordinary moments of infamy. They are ones likely to have escaped the notice of most Americans, but ones that shook the confidence of allies and security professionals alike. As dd the ignoble withdrawal from Afghanistan.

In his final speech Tuesday imploring Vladimir Putin to forego a planned invasion of Ukraine, Biden took military action by the United States off the table while offering a hollow pledge so detached from geopolitical reality that it stunned some in the diplomatic world.

“We have no intention of fighting Russia,” Biden declared. “We want to send an unmistakable message, though, that the United States, together with our allies, will defend every inch of NATO territory and abide by the commitments we made to NATO.”

To Americans it may have sounded like a statement of resolve. But to the trained eye, the proclamation was undercut by the fact that Ukraine — the object of Putin’s aggression — is neither a member of NATO nor in its protection zone.

While Biden’s assurance provided comfort to neighbors that are NATO members like the Czech Republic and Poland, it was taken by many in Ukraine as a final concession that Kiev was on its own and that Putin could advance his military plan with the threat of economic sanctions as the lone consequence.

“At this point, this is a problem for Eastern Europe, between Russia and the Ukraine and the rest of Europe,” retired Air Force Col. Rob Maness, a security expert, told Just the News. “It is not a NATO problem at this point, because Mr. Putin has not threatened a NATO country.

“A lot of people try to conflate Ukraine as a NATO country, they are not even close to being eligible to come into NATO, and haven’t been invited. And Mr. Biden, rightly so … he repeatedly says we will defend every inch of NATO territory, and Vladimir Putin knows that. He knows that he spends a fraction of what NATO and the United States spend on defense and we have them outnumbered, out-teched.”

Biden’s handling of the Russia-Ukraine crisis has drawn multiple rebukes, starting with a decision in the early days of his presidency when he revoked permission for the Keystone pipeline in America while giving Putin a long-sought U.S. blessing for Russia’s Nordstream II pipeline in Europe.

That move changed the geopolitical equation for Russia, whose economy is one-dimensionaly dependent on energy exports. Suddenly, American and Western counterparts were made more reliant on Russian energy, and Putin’s often-stretched treasury fattened with rising oil prices.

Then Biden made another blunder, suggesting he was ready for Putin to make a “minor incursion” into Ukraine. He had to retract the statement within a day as it looked to be a permission slip for Putin to take action in the Donbas region of Ukraine.

Biden’s reversals have continued. On Wednesday, he sanctioned the very Nordstream II pipeline he had approved, exposing for critics the folly of his earlier approval.

Rep. Ralph Norman (R-S.C.) told Just the News that he believes Biden set the stage for Russian aggression with the pipeline decisions followed by the bungled U.S. withdrawal from Afghanistan.

“He’s weak,” Norman said of Biden. “This would have never happened under President Trump. All we get is words from this administration.”

Sen. Ron Johnson (R-Wisc.), who has visited Ukraine often over the years, agreed.

“Just about every action President Biden has taken has weakened America and emboldened our enemies,” he said. “They’re very optimistic. They’re very aggressive. When they sense weakness, they’re going to act, and that’s what we’re seeing right now.”

The resignation that America has yielded some of its superiority and is seeking peace through appeasement was most notable in Ukraine, a former Soviet republic that in 1994 at historic meetings in Budapest agreed to give up its nuclear weapons in return for a promise of U.S. protection.

Ukrainian President Volodmyr Zelensky took several swipes at the Biden administration as the Russian aggression moved closer, questioning why America was waiting to impose sanctions on Putin and even suggesting Ukraine might need to acquire its own nuclear weapons by ending the Budapest accords.

“We have … the right to demand a shift from a policy of appeasement to ensuring security and peace guarantees,” Zelensky declared.

“What are you waiting for?” he asked at the Munich Security Conference earlier this week. “We don’t need your sanctions after” the economy collapses and “parts of our country will be occupied.”

Zelensky’s question will reverberate for days until the extent and intent of Putin’s attack become clear.

Most experts believe Putin’s bombings in Kyiv and other cities early Thursday were simply to degrade air defenses and allow Russians to create a large security perimeter around the Russian-dominated Donbas region, which Russia has now declared to be an independent country.

But the final answer to Zelensky’s question will define how history defines Biden’s handling of this crisis.