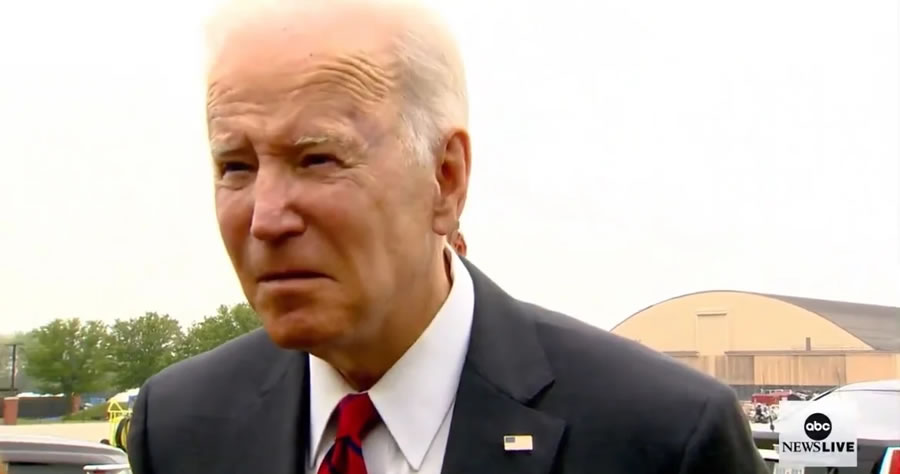 Biden’s best — and by “best,” I mean most embarrassingly cringeworthy — buck-passing effort over the last 17 months has been his ridiculous and continuing insistence that the war in Ukraine has been and remains responsible for all that ails America, including raging inflation and runaway gas prices, while Joe himself continues to bear zero of the responsibility. This, of course, is a complete crock of crap.

Now it appears that Biden’s own Federal Reserve Chairman, Jerome Powell, thinks so — knows so — as well. As reported by The New York Post on Wednesday, Powell told the Democrat-controlled Senate Banking Committee that “inflation was high [way] before” the Feb. 24, 2022, Russian invasion of Ukraine. Powell made the admission after Republican Senator Bill Hagerty (Tenn.) led him into a trap from which no honest person could lie his or her way out. You know, like Biden, Harris, Pelosi, & Company do with impunity.

Here’s how that went down, as transcribed by The Post:

I realize there are a number of factors that play a role in those [sic] historic inflation that we’re experiencing — supply chain disruptions, regulations that constrain supply; we’ve got rising inflation expectations and excessive fiscal spending, but the problem hasn’t sprung out of nowhere.

Then, like Holy Water thrown in the face of a vampire, Hagerty hit Powell with facts:

Then, Hagerty closed the deal: “Given how inflation has escalated over the past 18 months, would you say that the war in Ukraine is the primary driver of inflation in America?”

An honest Powell could only respond one way; surprisingly, he did just that:

No, inflation was high before — certainly, before the war in Ukraine broke out.

I’m glad to hear you say that. The Biden administration seems to be intent on deflecting blame and as recently as just this past Sunday spread the misinformation that Putin’s invasion of Ukraine is the ‘biggest single driver of inflation.’ I’m glad you agree with me that that is not the truth.

Biden has made the false claim, repeatedly. As noted by The Post, the Buck-Passer-in-Chief said in a statement earlier this month after data showed annual U.S. inflation crept higher to 8.6 percent in May from 8.3 percent in April that is just as pathetic as every lie he spews as he continues to shirk responsibility:

Putin’s Price Hike hit hard in May here and around the world: high gas prices at the pump, energy, and food prices accounted for around half of the monthly price increases.

The pathetic, almost funny part is how the addled old politician continues to tell outrageous lie after outrageous lie, fully aware he’s lying his ass off as the words pass through his lying lips. Even worse, the White House believes hardworking Americans actually believe Biden’s lies.