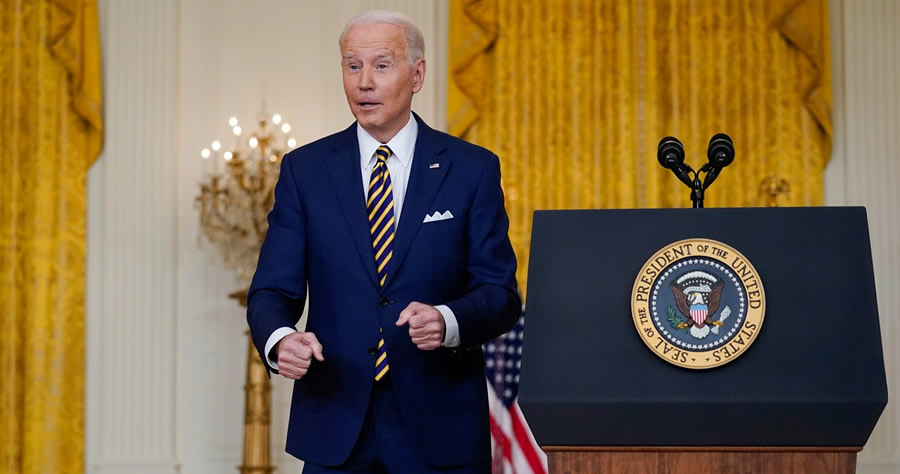 Even though he spent most of it clearly calling on reporters from a list of “safe” questioners provided by his staff, he stumbled and bumbled and all too often made no sense at all. Plus, he repeated his bizarre “whisper shout” gimmick to emphasize certain points — when what it actually emphasizes is his age.

On that note, he kept walking down memory lane, reminiscing about how “in my day” cable news was like that; the Republican Party was like this, and so on. He’s fighting old wars in his head, or maybe just confused about the modern world.

Yet he couldn’t remember what he said last week, insisting he hadn’t compared opponents of end-running the Senate filibuster rules to pass the nationalize-election-law bill to Bull Connor and Jefferson Davis. Yet minutes later he warned those same (Democratic!) senators that their supposedly infamous position will stick with them all the rest of their days.