‘Biden’s press secretary is lying.’: Democrats are the ones who are DEFUNDING THE POLICE [VIDEO] 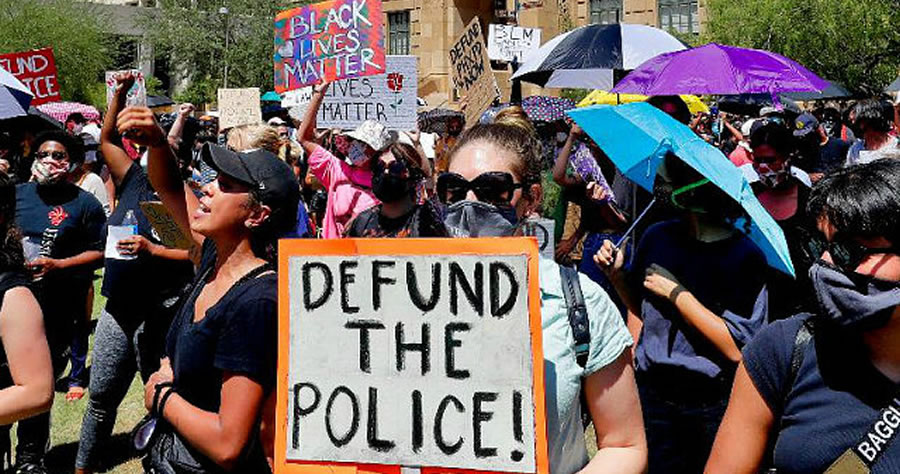 In the past few days, the Biden Administration has been attempting to shift crime wave blame onto Republicans by accusing them of “defunding the police” — despite evidence to the contrary.

Let’s talk about who defunded the police. When we were in Congress last year trying to pass a rescue plan — I’m sorry, not the rescue plan but an emergency relief plan for cities that were cash-strapped and laying off police and firefighters — it was the Republicans who objected to it. And in fact, they didn’t get funding until the American Rescue Plan, which our plan allowed state and local governments to replenish their police departments and do the other things that are needed.

So look, Republicans are very good at staying on talking points of who says defund the police, but the truth is, they defunded the police, we funded crime intervention, and a whole bunch of other things. (emphasis added)

Democrats are the ones who are DEFUNDING THE POLICE.

Well, the president did mention that the American Rescue Plan, the state and local funding, something that was supported by the president, a lot of Democrats who supported and voted for the bill, could help ensure local cops were kept on the beat in communities across the country. As you know, [it] didn’t receive a single Republican vote. That funding has been used to keep cops on the beat. (emphasis added)

A fact check found Richmond and Psakis’ assertion to be misleading and false.

“Although the White House did use the talking point that the broad grants to localities could be used to help police departments and first responders, the American Rescue Plan did not include specific funding to hire more police officers,” Breitbart News reported.

Despite an attempt to change the narrative, the facts speak for themselves: Democrats have been rallying to defund the police for more than a year, and simultaneously, crime has drastically risen in America’s biggest — Democrat-run — cities.

Here are just a few big cities that have slashed police department budgets this past year:

In June of 2020, New York City Mayor Bill DeBlasio cut $1 billion from the budget of the New York City Police Department (NYPD), despite a surge in shootings in the wake of protests and violent unrest sparked by the death of George Floyd. Since then, de Blasio decided to reinstate $92 million to build a new precinct cut from the budget last year. From January 1 through May 23, 2021 there were 531 shootings in the city, up from 295 during the same period last year, Breitbart News reported.

Last year, the Philadelphia City Council gave approval to cut $33 million for the police department. Now, “Philadelphia is on pace to have one of its deadliest years on record,” NBC10 Philadelphia reported.

Lawmakers promised to cut $15 million from the police department budget in June of 2020. In May, the Washington Post reported that homicides increased 38 percent compared to the same time in 2020.