Bill Gates Wants First-World Nations to Offer Only Synthetic Beef: ‘You Can Get Used to the Taste Difference’ 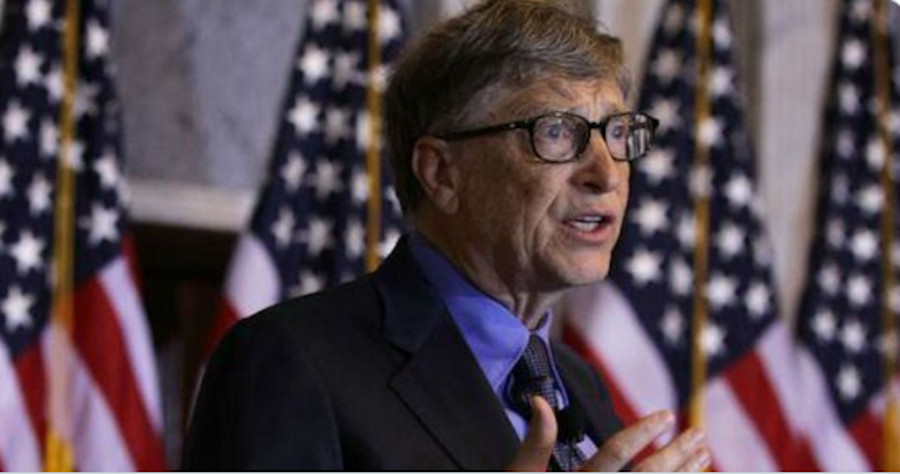 On the grounds that real meat is real trouble for the environment, tech guru Bill Gates wants the world’s richest nations to have helpings of synthetic beef instead while leaving real meat for poor nations to eat.

Gates expounded upon how people should eat in an interview with MIT Technology Review.

“I do think all rich countries should move to 100 percent synthetic beef. You can get used to the taste difference, and the claim is they’re going to make it taste even better over time,” he said.

“Eventually, that green premium is modest enough that you can sort of change the [behavior of] people or use regulation to totally shift the demand,” he said.

Gates criticized what he called politics for getting in the way.

This is a conversation we need to have. Bill Gates owns more farmland in the US than any other, and in a time of dwindling supply, he’s pushing the idea of meat elimination. The words of a delusional man. https://t.co/1F6vHD8BnJ

“There are all these bills that say it’s got to be called, basically, lab garbage to be sold. They don’t want us to use the beef label,” he said.
While richer nations eat fake beef, genetically altered animals will provide meat for other places, such as Africa, he said.

He said that his foundation is working to take “African livestock, which means they can survive in heat, and crossing in the monstrous productivity both on the meat side and the milk side of the elite U.S. beef lines.”

“I don’t think the poorest 80 countries will be eating synthetic meat,” he said.

If Bill Gates offered me his entire fortune, I would not agree to this. No amount of money would be worth going a lifetime without actual red meat. https://t.co/ozudoyAlA1

Gates said there are companies making synthetic meat that are successful.

“But Impossible and Beyond have a road map, a quality road map and a cost road map, that makes them totally competitive. As for scale today, they don’t represent 1 percent of the meat in the world, but they’re on their way,” he said.

Gates noted there is a resistance to the new order of things as he sees it.

“Now I’ve said I can actually see a path. But you’re right that saying to people, ‘You can’t have cows anymore’ — talk about a politically unpopular approach to things,” Gates said.