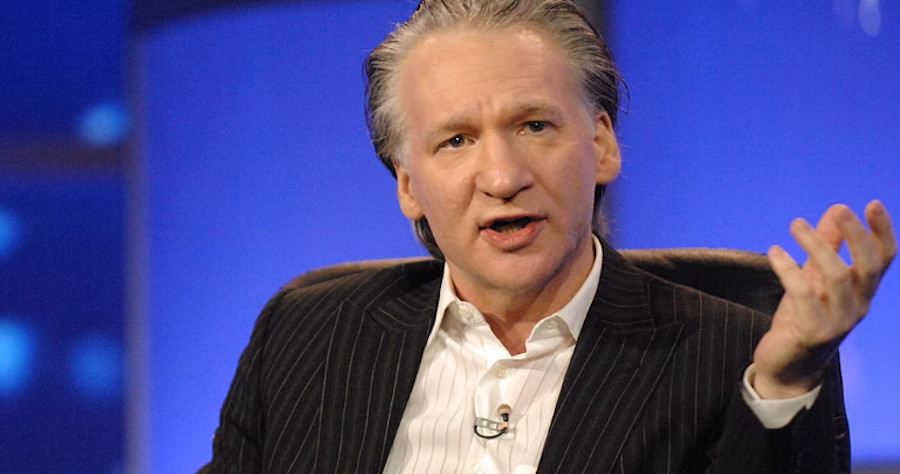 Maher, who keeps roasting fellow liberals for their thin skins and quest to cancel those who disagree with them, recounted the controversy that rocked the newspaper earlier this month. Star reporter David Weigel retweeted a mildly sexist joke and fellow reporter Felicia Sonmez got offended and publicly called out the newspaper. Weigel wound up suspended and Sonmez got fired.

“It’s funny, you think my generation is an eyeroll?” Maher said, taking aim at Sonmez. “Let me let you in on a little secret about the younger generations. No one wants to hire you. Your sense of entitlement is legendary and, with notable exceptions, your attention span and work ethic suck.”

Nothing captures what’s wrong with today’s “journalism” like the sad saga of what happened last week at The @WashingtonPost. pic.twitter.com/pqnPYNfT0g

Maher noted the joke Weigel retweeted, “Every girl is bi. You just have to figure out if it’s polar or sexual,” was relatively tame and said that Sonmez’s reaction was over the top. She initially called out the newspaper for employing someone who would share such a joke, and then continued to complain about her colleagues when some defended Weigel, who had immediately apologized.

The newspaper suspended Weigel for a month without pay, but then fired Sonmez when she refused to stop publicly complaining.

“Of course, the leadership at the Post folded like a Miami condo and suspended Weigel without pay for a month and denounce the offending retweet is a ‘gross violation of their values.’ –  free speech apparently not being one of them,” Maher said. “For days, [Sonmez] raged with the fire of a thousand burning bras, sending a gazillion tweets calling for more to be done against Weigel, mocking her bosses, attacking colleagues, and letting the world know how much The Washington Post sucked. And this endless bickering and infighting continued online in public view until the bell rang and they all went to seventh period.”

Maher said the behavior of both Sonmez and the Post is emblematic of the modern-day newsroom, which he likened to an “unlicensed daycare center.”

“The fact that the Post’s initial response was to punish not Felicia but one of their best reporters for a silly joke shows that the kindergarten is already in charge,” he said.

The saga shows why millennials aren’t ready to take over positions of power, Maher added.

“I’m sure many boomers would love to retire, but they can’t,” Maher ranted. “They’re like the grandmother who would much rather be watching Judge Judy and has to raise her grandkids because her own kids are too f***ed up to manage it.”

Maher invoked the Post’s storied past, including breaking the Watergate story nearly 50 years ago. Bob Woodward and Carl Bernstein were focused on getting stories, not finding offense in their colleagues’ behavior, he said.

“If someone named Deep Throat called the paper today and wanted to meet in a parking garage, this crew of emotional hemophiliacs would have an anxiety attack and report it to HR that they didn’t feel safe,” Maher said.

“If there is a silver lining to this story, it’s that eventually, the Post did fire Felicia Sonmez,” he added. “So maybe there is a line that’s just too much nonsense, but that generation needs to move that line much closer to sanity and find it much sooner because democracy dies in dumbness.”