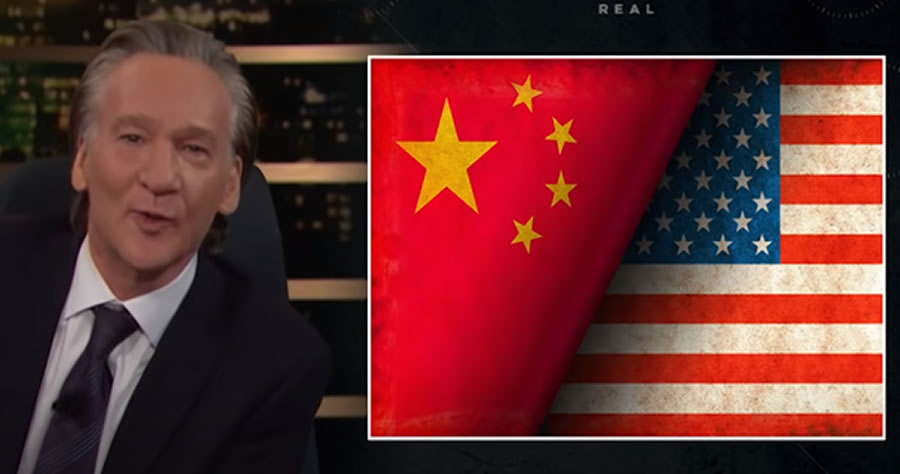 “Real Time” host Bill Maher called Americans ‘silly people’ on Friday night as we focus on the wrong things while China increases its dominance over us. Unfortunately, his solutions will be far-left with little regard for the Constitution, but what do you think of the point he is making?

“Do you know who doesn’t care that there’s a stereotype of a Chinese man in a Dr. Seuss book? China,” Maher said. “All 1.4 billion of them couldn’t give a crouching tiger flying f— because they’re not a silly people. If anything, they are as serious as a prison fight.”

Maher acknowledged that China does “bad stuff” from the concentration camps of Uyghur Muslims to its treatment of Hong Kong.