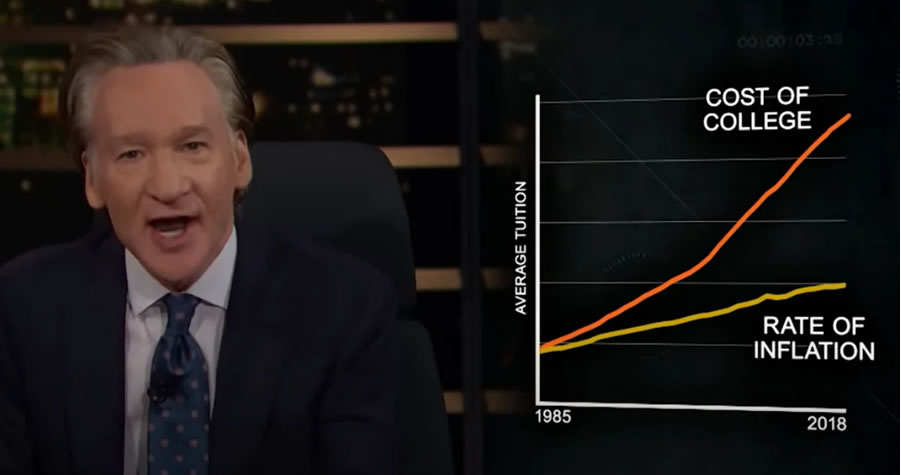 HBO host Bill Maher delivered a scathing rebuke of colleges on Friday, calling higher education “a racket that sells you a very expensive ticket to the upper-middle class.”

In Maher’s “New Rule” segment of his “Real Time” TV show, he argued against President Joe Biden’s “American Families Plan,” which the host said would waste “hundreds of billions” of taxpayer money “so everyone can go to college,” and “billions more for subsidized child care so our kids can go to school while we go to school.” He said liberals are wrong for believing “that the more time humans spend in classrooms, staring at blackboards, the better.”

Maher railed against “free college” by stating, “I know free college is a left-wing thing, but is it really liberal for someone who doesn’t go to college and makes less money to pay for people who do go and make more?”

“The answer isn’t to make college free,” Maher proclaimed. “The answer is to make it more unnecessary, which it is for most jobs, so that the two-thirds of Americans who either can’t afford to or just don’t want to go don’t feel shut out.”