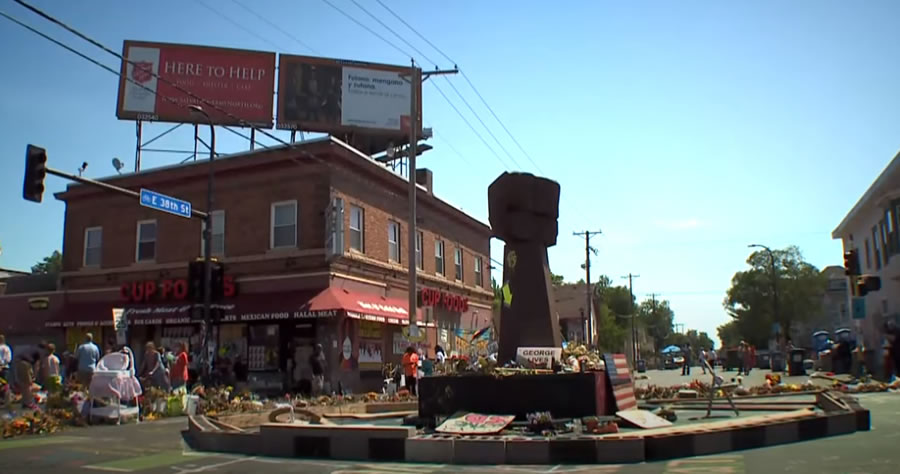 Black-owned businesses surrounding the area where George Floyd was killed in Minneapolis last year say they are in desperate need of help from police.

Black merchants operating on the corner of 38th Street and Chicago Avenue, known as George Floyd Square, are struggling to stay open due to rampant crime and say police have blocked off the intersection, creating a dangerous autonomous zone, according to the New York Post.

“The city left me in danger,” the owner of Smoke in the Pit said Thursday, two days after Derek Chauvin was convicted of murder for Floyd’s death. “They locked us up on here and left us behind.”

Several stores on the block are boarded up, and the New York Post reported that many owners and workers were afraid to comment about the dire situation due to fear of reprisal.

“The city left me in danger,” the owner of Smoke In The Pit restaurant told The Post Thursday.

“They locked us up on here and left us behind,” said the merchant, who asked to be identified only as Alexander W. for fear of reprisals.

“They left me with no food, no water, nothing to eat,” he said. “The police, fire trucks, can’t come in here.”

On Thursday the intersection was essentially abandoned — save for the occasional gawker who posed for photos in front of a mural outside Cup Foods, the convenience store where Floyd allegedly passed a counterfeit $20 bill.

At least five stores along one block are shuttered. Owners and workers at most of the stores that do remain open were too afraid to comment to The Post.

“Look around, things are empty,” said Richard Roberts, who works at the nearby Worldwide Outreach for Christ church. “What can we do about it?”