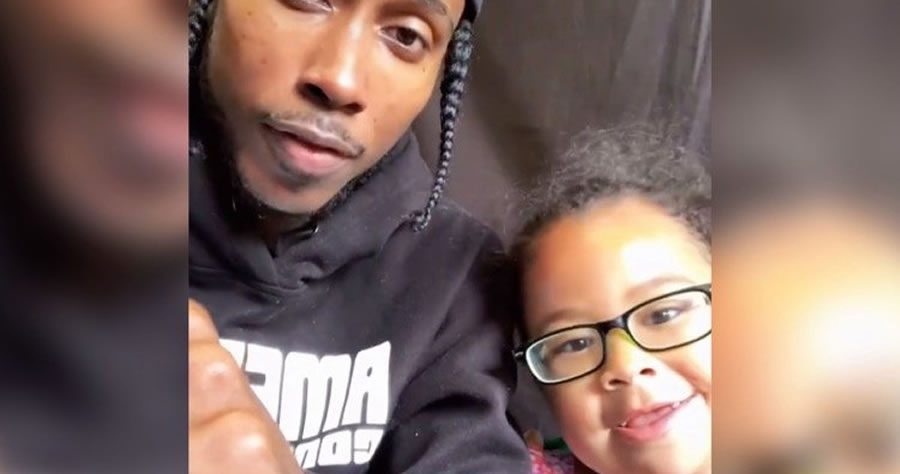 A video of a black father and his daughter speaking out against toxic critical race theory went viral on TikTok.

Critical Race Theory is a neo-Marxist, anti-Christian, anti-white theory being used to abuse and indoctrinate children in schools across the US.

“It doesn’t matter if you’re black or white or any color,” the little girl said.

“How we treat people is based on who they are and not what color they are,” the father says to his daughter.

“This is how children think right here,” the conservative TikToker Kory Yeshua said looking at his daughter. “Critical race theory wants to end that. Not with my children, it’s not going to happen.”

“We need to stop CRT. Period. Point Blank. Children do not see skin color. They love everybody,” he said.

This video must really anger the hate-filled Democrats who are actively pushing for a race war.

Candace Owens spoke about this with Greg Gutfeld: