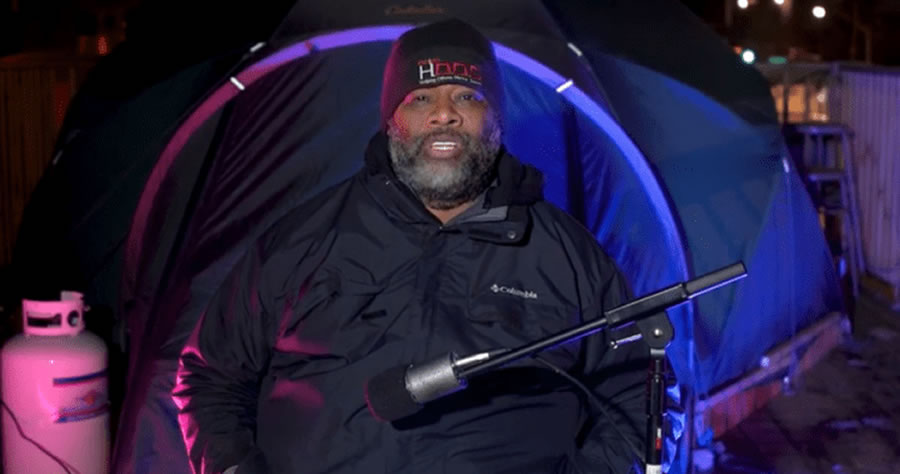 Pastor Corey Brooks is spending 100 nights on a rooftop in Chicago to raise awareness about the city’s violence. Yet beyond awareness, he hopes to raise enough money to build a community center to mentor the city’s youth.

He’s now spent 60 days on the roof, and Wednesday night he uttered a rebuke aimed at BLM and the NAACP that Law Officer has been saying for years. However, he should have enormous credibility as a leader and stakeholder in the community, so all should listen.

Tonight, my heart breaks,” Pastor Brooks began. “One of the reasons why I’m on this roof and in this tent is to bring to you the awareness that you need to know about the violence in the city of Chicago.”

“I can’t believe that I’m having to tell you this. But, in Chicago, over the last 24 hours, there have been five children who have been shot,” Brooks said.

“The ages of these shooting victims in Chicago, since noon today, are a girl, 11; a boy, 15; a boy, 16; another boy, 16; and another girl, 17,” the pastor continued. “That’s five children shot in less than 24 hours. If this happened in any other community in America, it would be total outrage, and I mean, outrage.”