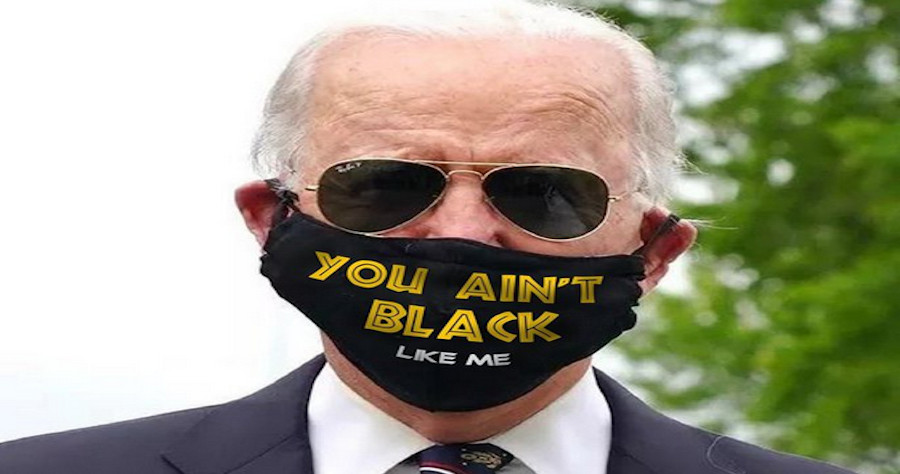 President Joe Biden is increasingly losing the support of black voters over promises he has failed to keep, economic suffering, COVID mandate resistance, and inattention, while it becomes ever more apparent that they won’t be returning to the Democratic fold anytime soon.

Biden’s poll numbers continue to crater in a stunning freefall that is historic. In a recent CNN poll, 58 percent disapprove of the president’s performance while 41 percent approve. In December, Biden’s approval rating was 49 percent. Fifty-six percent of those who disapprove of Biden’s actions claim he hasn’t accomplished anything they approve of during his first year in office.

Only 48 percent of Democrats want Biden to run again in 2024 which portends very bad things for his proclaimed running for a second term with Vice President Kamala Harris. That one fact is unprecedented because it’s Biden’s own party that doesn’t want him to run again.

“So, we’re talking about an almost 25-point drop in a relatively short period of time. Inflation obviously is playing a huge role here, with the Wall Street Journal estimating that the higher price of goods is costing families an extra $276 per month, or an additional $3,300 or so annually. Many poor and middle-income families and single parents and individuals simply cannot afford that while living paycheck-to-paycheck,” Concha stated.

“But his handlers thought he had a big mandate to be the next FDR, to radically change the country by expanding government in ways never seen before. Trillions in new spending have already been signed into law. Trillions more were proposed via Build Back Better, with the administration arguing that such spending would reduce inflation and the deficit, which makes zero sense,” Concha added.

The conservative author went on to state that Americans are searching for a sense of normalcy, “not a jump to a socialist America.”

“I don’t think he has lived up to a lot of the campaign promises that he made, especially given the role of black voters in helping him become the president of the United States,” Nekima Levy Armstrong, who is a civil rights attorney and activist and is also a former president of the Minneapolis chapter of the NAACP, noted.

“We pointed out issues related to mass incarceration, to economic inequality, of course, and to what is in the news now with the push to advance voting rights,” Armstrong remarked. “I feel like Biden is basically doing the bare minimum in terms of being attentive to the needs and issues facing the black community.”

I voted Trump over Biden and will do it again! The Democrats have use the Black vote one times to many and have left ours and middle class committee in shambles. With its mass immigration and its lack of tangibles. Therefore they will pay dearly come 2022 and pay some more 2024!

“Biden made ‘voting rights’ (which is really just a federal takeover of elections) his focus to start 2022, pushing the hyperbole machine to maximum levels during a widely panned speech in Georgia,” Concha contended.

The vote to federalize elections failed in the Senate 48-52.

Concha went on to highlight that black Americans have especially suffered under the mantle of Biden’s COVID mandates and policies that don’t address crime.

“Black Americans had a rough 2021, particularly with COVID-19. They had a 2.5 times higher chance of dying of the virus than whites, according to the Centers for Disease Control and Prevention (CDC). The black unemployment rate is at 6.9 percent, which is double the white unemployment rate. And crime continues to hit urban areas the hardest, with 16 cities setting homicide records in 2021,” he commented.

“The midterms are less than 270 days away. Democrats will almost certainly lose their razor-thin majority in the House of Representatives. Republicans need a net gain of just one seat to take back the Senate. The president’s overall approval is in the 30s for the first time in the RealClearPolitics average,” Concha warned.

“It isn’t just GOP voters who oppose him; it’s also most independents. But what should be most alarming to Democrats is the erosion of support among black voters, who are increasingly feeling buyer’s remorse on Biden,” he concluded.