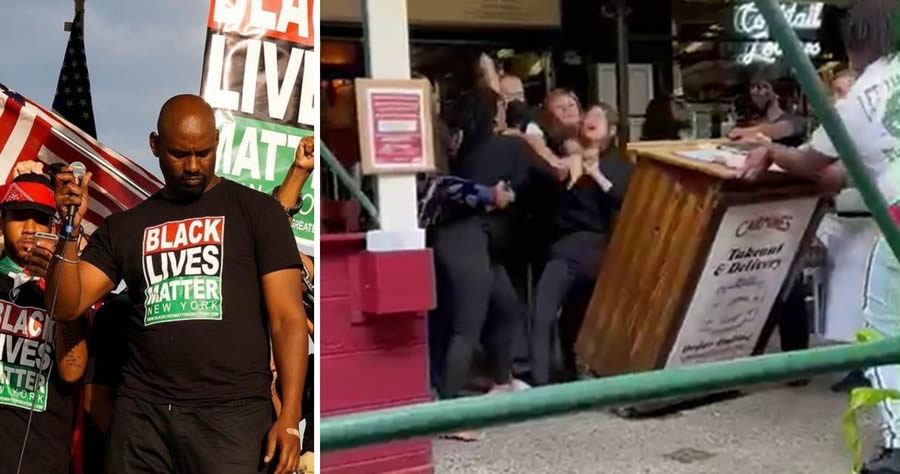 Three Texas women who were filmed allegedly attacking a Carmine’s restaurant hostess after she asked for their vaccination proof are now saying that they were racially profiled and were called the N-word during the incident.

According to the Daily Mail, the trio, all of which are black women, are now calling for the 24-year-old Asian hostess to be fired from her job, alleging that she was, in fact, the aggressor. The hostess was taken to the hospital following the incident with minor injuries, with police arresting 21-year-old Tyonnie Keshay Rankin, 44-year-old Kaeita Nkeenge Rankin, and 49-year-old Sally Rechelle Lewis and charging them with misdemeanor assault and criminal mischief.

Following the altercation, Hawk Newsome, co-founder of Black Lives Matter NY, said that the organization plans to hold a protest on Monday in response to the incident. In an Instagram post on Sunday, Newsome said that the group would be holding a press conference and rally at the Broadway location of Carmine’s.
“On 9/16 three Black Women were called the N-word by a White Hostess then they were assaulted and arrested by the NYPD. Carmine’s used a Vaxx Card as an excuse to disrespect and Arrest Black Women,” the post states.

Texas civil rights lawyer Justin Moore told the Daily News, “This hostess clearly has some anger management issues and unfortunately her aggression and her violence led to something that three Black women are being punished for.”

Grab your popcorn because this is about to get interesting. https://t.co/5JgR6RTkS3