Bloomberg “news”: Instead of complaining about inflation, struggling Americans should take a bus and eat lentils 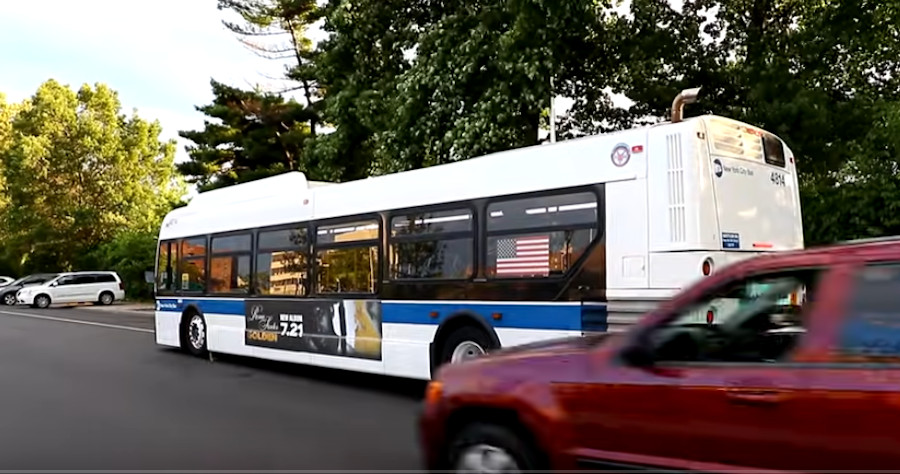 Inflation has been slamming the American people for several months, with the middle class and working poor feeling the brunt. For those who make less than $289,000 a year, an opinion piece in Bloomberg has some great suggestions to help people deal with it.

If someone makes in excess of that amount of money, inflation isn’t likely to have much of an effect on their life, since Americans earning that level of income typically spend no more than 1% of their take-home earnings on gas and oil, according to the Bureau of Labor Statistics.

However for those who earn less than a quarter-million dollars per year, it’s a much different set of circumstances. For those earning the median income, $50,000 per year, they typically spend more than 3% of it on gas and motor oil.

Low-income households, meanwhile,…those making between $7,000 and $19,000…spend about 9%. According to the latest inflation numbers, gas prices jumped 6.6% in February over a month earlier, which was before Biden banned U.S. imports of Russian oil.

Some economists say the overall share of income spent on gas is lower than it was at one time, and claim that despite the increases, prices are relatively low by historical standards. Apparently unless you compare those “historical” prices to say, 2020 or before Biden was elected.

As Americans have also likely noticed, price increases are not limited to only gas prices. Food prices (and pretty much everything else) are up, having posted their biggest monthly increase since April 2020, in the early stages of the pandemic.

Once again, those price increases affect lower income earners much more than higher earners. Once again, the Bureau of Labor statistics says those with an annual income of $50,000 spend some 8.5% of it on food.

Fifty-four percent expect their incomes will fall behind inflation in the coming year, a historically high percentage.

Such price increases will force Americans to shift spending habits away from more expensive items, which is only common sense. Instead of getting a Starbucks soy cinnamon mocha latte four days a week, the yuppies will have to settle for twice a week.

The Bloomberg piece however fails to realize that a small minority of Americans have access to public transportation, the leftist be all, end all for those who are struggling with high gas prices.

Yet, the writer of the opinion piece suggests that “it’s worth reconsidering public transportation,” although the writer acknowledges “if it’s an option where you live.”

She noted that while public transportation fares are up about 85, gasoline is up 38%. Better yet now is a good time to sell your car! Since used car prices are up 40% over a  year ago, you can clean up selling your car! Buy a used or new car? Not a good idea since the prices of new cars are up 12%.

But like a typical liberal city-dwelling leftist, she dismisses the fact that for an overwhelming majority of Americans in suburban and rural America, here utopian dream of everyone riding overcrowded, crime-ridden buses around the landscape simply isn’t practical.

And then of course, there is evil meat. She rues the fact that Russia and Ukraine supply a significant amount of corn and barley to the world market, which is typically used to feed livestock for human food.

She notes meat prices have increased about 14% since last February and are projected to go even higher. So what does she suggest? Beans and lentils as a substitute, since they are only up 9% and 4% respectively. Hey, at least she didn’t suggest eating insects, a Bill Gates wet dream.

Oh, and she also suggests sacrificing your pets. Basically she says “you might want to rethink those costly pet medical needs, suggesting that “researchers actually don’t recommend pet chemotherapy” she says “for ethical reasons.”

She obviously doesn’t know rabid pet owners, some of whom would take a second mortgage out on their home for their pets.

What the author doesn’t suggest as one of the key ways to control fuel costs…have the government take the restrictions off our fossil fuel industry and return to Trump-era energy policies, which had the United States elevated to a net-exporter of oil and natural gas. That would also help get inflation under control to a point, since part of the reason for escalating food and consumer good prices is passing on the cost of energy to consumers.